There was outrage over the sudden rise in the price of the EpiPen. But the rise in many other pharmaceutical prices gets less attention but is just as concerning. It can be easy to forget issues like this until they affect us personally. My two encounters with irrational drug price increases for dermatologic conditions are a reminder of how pervasive this problem is today.

I have rosacea, a skin condition that affects about 16 million Americans’ noses and surrounding skin with redness from dilated small blood vessels. There is no consistently effective treatment. Years ago, a dermatologist prescribed tetracycline, an inexpensive generic to be used intermittently with flareups. Later, he switched me to doxycycline, another generic off-patent medication. Initially inexpensive, the price has consistently risen much faster than inflation – a recent refill costing $68 for 30 pills.

About five years ago, the dermatologist recommended a lower dose of doxycycline that combined fast and slow release. The price – $10 per capsule ($300 a month and $3,600 per year!)  I stuck with the regular doxycycline.

Later, my doctor recommended trying topical metronidazole, another long-time generic. To learn it was not effective for me cost over $100 for a small tube. I continued with the intermittent doxycycline.

Now there is a compound that acts on the theory that rosacea might be caused by mites – 1% ivermectin cream (Solantra.) Ivermectin has been on the market in pill form for decades. The World Health Organization classifies it as one of the essential medications – used in many developing tropical countries for diseases like river blindness at less than 25 cents per course.

Imagine my surprise when I learned that the cost for a medium-sized tube was $358. And, no surprise, my insurance did not cover it. I did not even know if this cream would work. The metronidazole did not. But the pharmacist found a coupon for my first purchase of ivermectin cream for $75 instead of $358. That is still a lot of money for what is essentially a cosmetic issue, and it will be a $75 experiment to see if it works or not for me. Incidentally, while researching prices on the internet, I found that an ivermectin paste for horses costs $1.69.

I believe in capitalism; Drug companies should be able to earn a fair profit and recoup their research and development (R&D) expenses not only for a specific drug but for the many drugs that never make it to market. Without such a return, there would be no incentive for innovation. But at $68 for doxycycline, over $100 for a tube of metronidazole, $300 per month for sustained release doxycycline, and $358 per tube for ivermectin cream, it strains credulity to think that these prices are reasonable. These are drugs that have been off-patent for many years, readily available, easy to manufacture, and should be inexpensive.

My rosacea is relatively minor, and I have options. Those with more significant, disabling rosacea, however, face irrationally high drug prices with few options.  As a follow-up, the Solantra did not do me any good, but it was somewhat helpful for my wife’s rosacea.

My second recent example – as someone who is mostly bald with fair skin, I have actinic keratoses on my scalp and face that could progress to skin cancer. The common treatment is topical 5-FU 5% cream. When it was prescribed to me many years ago, it worked well and was inexpensive.  5-FU was developed and first marketed as one of the earliest cancer chemotherapies and is still used extensively. Off patent for decades and inexpensive to manufacture, it’s another medicine considered essential by the World Health Organization. A 500 mg vial can be purchased wholesale for under $5 in less developed countries and for less than $20 in the United States.

5-FU is obviously not expensive to manufacture. However, when I purchased a tube about five years ago, the branded cost was an outlandish $300, and the generic was outrageous at $150.  Today, the price is $350 and the generic $258. A coupon for the branded preparation (Efudex) brought the price to “just” $68, still patently absurd.

A 2016 study of rising prices for dermatology-related drugs published in the Journal of the American Medical Association (JAMA) Dermatology reported, “Prices of surveyed brand-name [dermatology] drugs increased rapidly between 2009 and 2015. Of the 19 brand-name drugs analyzed, the retail prices of 7 drugs more than quadrupled during the study period. Among these 19 drugs, the mean price increase was 401% during the 6-year survey period … Prices of topical antineoplastic drugs had the greatest mean absolute and percentage increase ($10,926.58 [1240%]).”

Clearly, something is broken in our current system.

The reasons why drugs that are fundamentally inexpensive to manufacture are sold for outrageous prices include a lack of transparency, a lack of competition, and an insurance model that accepts these prices for many patients. In my opinion, price controls do not work and should not be considered. As the EpiPen incident showed, public shame has some value, but with so many overpriced drugs, that value can be diluted. Some element of transparency could be afforded by creating internet-based public directories of all drug wholesale and average retail prices.

No one is looking out for the patients’ pocketbooks; they get a “wallet biopsy.” Medicare’s Part D insurers should be allowed to negotiate prices. Medicare beneficiaries are large in number, pay for Part D insurance, and need the clout of the government and the insurers to rein in prices. Further, the federal government, as announced earlier in 2019 but not yet implemented, should refuse to purchase medications for any government-funded health care program (Medicare, Medicaid, Veterans, and military) at a price well above that charged in other developed countries. These actions will help curtail inappropriate drug pricing ­– leaving intact the costs of innovation and a reasonable profit.

Adapted and expanded from an article that originally appeared in Medical Economics.

An orthopedic surgeon goes to a bar. Here's what happened next. 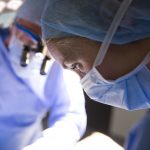 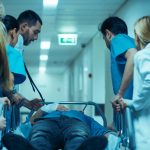 Beyond the EpiPen: Irrational drug prices are now pervasive
4 comments