Cognitive decline is a normal process of aging; Alzheimer’s is a disease.

Cognitive decline due to aging can be slowed but not halted with appropriate lifestyle approaches. The “big four” are equally important to slow cognitive decline: Don’t smoke. Reduce stress. Exercise often. And eat a quality diet in moderation.

Good sleep and brain stimulation need to be added for maintaining good cognition. Some form of social interaction on a regular basis is one of the best ways to achieve brain stimulation. In addition to social interaction, individual actions that challenge the brain are very valuable. As with all other body organs and functions, it is important to start early in life to develop brain reserve or cognitive reserve and then maintain it throughout life.

What about so-called brain exercises? This is controversial, but in at least one study of mental challenge exercises (chess, learning a new language, etc.) when done regularly, showed benefits as long as ten years later.

We might intuitively agree that mental challenges will help maintain brain function. But what about physical exercise?

Multiple studies have shown that physical exercise benefits brain function and delays dementia onset. For example, there is a
thirty-year continuing follow-up study of 2,235 men ages 45-59 at the study’s start from the town of Caerphilly, Wales. Dementia rates declined by 60 percent (!) in those who ate a healthy diet, maintained normal weight (BMI of 18-25), limited alcohol intake, did not smoke and walked (or engaged in other active exercises) two or more miles per day. There was also about a 50 percent decline in diabetes and vascular disease and a significant reduction in all-cause mortality. Clearly, lifestyles were critical factors in preventing or delaying cognitive decline.

For most of us, the World Health Organization (WHO) and Centers for Disease Control (CDC) recommendations are appropriate. These include moderate aerobic activity three days per week for a total of 150 minutes plus strength or resistance training two times per week. Walking is easy, enjoyable, gets you up and about and does not require a gym membership yet improves memory, general well-being and cardiac function. For greater intensity, cycling improves brain function and cuts depression. Running, the most active of the aerobic exercises, for just five to 10 minutes per day can be advantageous but may not be appropriate for many. Resistance exercises are equally important. Of course, older people cannot lift the same heavy weights as a younger person, and it is not necessary. Finding the right weight and doing many repetitions is fine, and probably just as effective yet not dangerous. Yoga uses your body weight as the resistance and leads to mindfulness and less stress. Tai chi with its slow, steady, gentle moves is a good strengthener for core muscles. Adding in some balance training will be valuable to help prevent falls as it strengthens vestibular function.

Chronic stress releases epinephrine (adrenaline), cortisol and multiple other chemicals in a low and steady state — an unnatural condition. These are chemicals designed to alter body chemistry acutely to respond to an immediate danger like a truck careening towards you. You cannot fight it, so you must take flight — immediately. We have all felt the rapid heart rate and other symptoms of this fight or flight response. That is acute stress, and the response is normal. With chronic stress, there is a low but elevated epinephrine and cortisol level continually that is not healthy and, in fact, destructive. Chronic stress leads to a rise in heart rate, respiratory rate and blood pressure which can predispose to heart attacks, kidney damage and strokes. Chronic stress adversely affects cognitive function with memory impairment and reduces executive control. If all of this is not enough, chronic stress directly accelerates aging.

Nutrition and diet are critical to the maintenance of brain function. A UCLA/Buck Institute study of ten older individuals with early memory loss was individualized for each participant. It was complex, and often too difficult for many to follow exactly. Still, nine of the ten had a reversal of memory loss to a measurable degree. The essentials of the program were a diet that eliminated simple sugars and other simple carbohydrates, gluten (meaning no wheat, rye and barley products) and all processed foods; chronic stress reduction with twice-daily meditation and yoga; 30 minutes of aerobic exercise at least four days per week; fasting for 12 hours between dinner and breakfast; sleeping seven to 8 hours per night; using an electric toothbrush for better oral hygiene; ingesting melatonin, methylcobalamin, vitamin D3, fish oil and coenzyme Q10 daily and, for women, hormone replacement therapy. Can something less complicated be as or almost as effective?

A Rush University study compared three dietary interventions — the Mediterranean diet, the DASH diet and the MIND diet — on cognitive function over a period averaging 4.5 years. The 923 participants were aged 58 to 98. The MIND diet is a variation of the Mediterranean diet with an added emphasis on the polyphenols found in berries like blueberries and strawberries and green leafy vegetables like spinach, arugula and kale. The DASH diet is also a modification of the Mediterranean diet but adjusted to account for salt intake. Those who followed their assigned diet most closely had significantly less development of modest cognitive impairment and even Alzheimer’s disease onset than those who did not do so. Among those who closely followed their diet, the MIND diet was the most effective in reducing the onset of cognitive decline or Alzheimer’s disease.

Within these diets the critical components appear to be berries, leafy greens , vegetables, nuts, beans, whole grains, fish, poultry, olive oil and wine (in moderation) whereas the foods to avoid are factory farmed red meats (i.e., grain fed livestock rather than 100% grass fed on the range), vegetable oils, simple sugars and refined flours. Prepared and processed foods with their high fat, sugar, refined flour and salt content are to be avoided.

Notice that fats are an integral part of these diets. Omega-3 fatty acids which are beneficial to health are found in cold water fish, avocados, and olive oil. Inflammation-causing and generally unhealthy omega-6 fatty acids are found in vegetable oils and grain fed livestock products, like pastries and most available red meat.

Of course, these foods which are good or bad, respectively, for brain health are the same ones that are relevant for general health and wellness.

So the keys to maintaining cognitive function and slowing its decline are the combination of a nutritious diet (and not too much of it), regular moderate exercise, reducing chronic stress, no tobacco, getting a good night’s sleep and assuring an active and engaged brain. 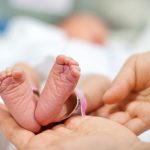 Is too much insurance a problem? 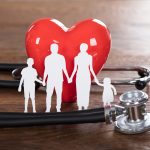