Year 2000. I’m sitting in a semi-fancy hotel ballroom near LAX along with several hundred slightly edgy emergency physicians. We’re all awaiting the start of our ABEM written re-certification examination. This was in the old-school days of live exams. We had an MD master of ceremonies, a famous EM leader; and I can still remember his message to the assemblage. “If you’re re-certing for the first time, welcome, relax, good luck and you’ll do fine.” (His recognition, that I was young enough to remember some of what I’d learned in residency, was heartening and slowed my palpitating, somewhat. Plus, I’d studied.)

He continued, smiling, “If you’re re-certing for the second time, my condolences!” Polite titters and a few groans issued from the crowd. I partly missed his meaning then; now I understand. Then, before telling us to break the exam seal and pick up our #2 pencils, or whatever it was we did to start, he said: “If you’re recertifying for the third time, you’ve done something horribly wrong in the stock market.” And without having to state it, his one arched eyebrow and sardonic grin drove home, “… and in your life.”

Year 2020. I’m supposed to re-cert for the 3rd time. With the dual soft landings of Medicare in a few months and Social Security 14 months after that, and my non-horrible stock market performance, I don’t really have to re-cert to live. But I do find myself wondering, have I done something horrible with my life!

Emergency medicine drew me in because it allowed me to do good deeds. More seductions included variety, immediacy, collegiality, and other treats. I wrote, said, and meant that I liked the Sherlock Holmes aspect of EM. I got to figure stuff out, problem solve, do helpful procedures when they were called for, help people. But recently, a colleague of mine ventured that we were likely the world’s greatest enablers, perfectly trained and positioned to prop people up just enough so that they could go out and hurt themselves again. Another wickedly opined, “this job makes me hate people.” I know he doesn’t, and I don’t either, but I understand his shorthand. When I darkly disgorged to a now-dismissed therapist of mine that “I can’t remember saving anyone worth saving,” he ping-ponged in return, “maybe you feel like you’re not worth saving?”

I don’t know. I have “talked” some nervous dislocated shoulders back in, one or two even in the lobby, much to the disjointed’s relief. A few tension pneumos have yielded to my ministrations, making me look heroic and helpful for a nanosecond. I guess getting it right and diagnosing pneumonia or pyelo when the presentation isn’t classic allows admission to the “thinking doctors” and a chance to keep someone alive long enough for their body to heal itself and a good life to continue.

Mostly though, I remember countless knees and backs groaning under weight they were never meant to bear and countless and one requests for pain meds. This, when diet advice would have been the best path for the pathology. Police bring in scads of disruptive homeless folks, leaving them to me. Often flinging, “we can book you, or you can stay here, your call” before departing. Many of those left-behinds punch nurses, pee on the floor, scream bloody murder and demand services I couldn’t, wouldn’t, and shouldn’t ever provide. One took a dump in triage.

I can still see the room where I met two little girls, ages 3 and 5, bug-eyed, rampaging, tachy and skeletal, meth’d out of their minds after years living in a “cook” house. I gave benzos and food so they wouldn’t destroy the room, but I can’t fix that. Would it have been better if everyone, mom, dad, and their two tortured dependents had perished in an explosion? How about the foster kid, age 5, beaten daily and starved, sporting a fresh sub-dural and circular buttock burns? We patched him up, and he left the hospital. His “rescue” parents went to prison; but I think we all know his pitiful life’s likely trajectory. Wives killed by husbands and vice versa. Kids dead because of drunk driving parents. Still-smoking COPD-ers on home oxygen, and “f*#k you doc” for hinting at even considering a smoking cessation program. Cerberus, the 3-headed hound of Hades—diabetes, hypertension, and hyperlipidemia—when a 2-hour video, “Forks Over Knives” offers salvation. How about all the septic nursing home patients, begging to be peacefully released from life but subjected to tubes and lines, tubes and lines, and more tubes and lines, all to no avail? I could go on and on, but I won’t. I do have a lifetime of horror stories in my head though, many with dismal, unjust, unfair, and painful endings. Many I’ve helped write, urging the narrative forward, seemingly in the wrong direction, if one considers the big picture. Our species is trashing the planet, and everywhere I look, individuals are trashing themselves. Am I driving the garbage truck?

Teaching, watching the light of understanding appear behind younger eyes, has been great. I’ve invested 20+ years in the GME world, working with students and residents, guiding, mentoring, furthering careers, hopes, aspirations, and skills. You could say that that’s the son-of-enabling, possibly epic-scale enabling (since the ripples of my little stone in the pond of medicine fan out and touch so many other lives), but it feels less like it than being pressed directly against dysfunction you know you can’t heal.

So, am I to be a thrice re-certer and continue the horribleness, or do I project forward and attempt 20/20 hindsight from the present, plus 2020 foresight, and call it quits? Instead, do I focus on the goodness, recert, continue, and man up, realizing that you do what you can do, and outcomes aren’t always, or maybe even ever, under your control?

Where is that witty MD MC from my 2000 re-cert festivities when I need him?

Michael Burg is an emergency physician.

Beyond the EpiPen: Irrational drug prices are now pervasive 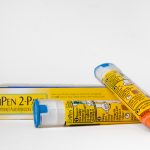 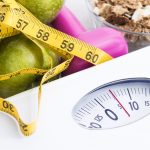 Tales of an emergency physician, recertifying for the third time
5 comments