One order would allow the “reimportation” of prescription drugs from Canada. This longstanding idea would allow U.S. pharmacies and drug wholesalers the ability to pay generally much lower prices for their prescription drugs by getting them from Canadian suppliers who benefit from government management of the system. Many consumers have been buying direct from Canadian pharmacies for years since current prohibitions have not been enforced against individuals.

The second order would direct Medicare to pay no more for prescription drugs than a basket of industrialized countries pay for the same drugs.

Both orders would take advantage of the fact that these nations directly negotiate the price their government-run health systems pay the drug companies.

Republicans have long opposed, and Democrats have long supported, the U.S. federal government directly negotiating drug prices with Big Pharma for programs like Medicare and Medicaid.

Democrats generally point to the success in lowering costs that these nations have had in direct negotiation. Republicans have generally called this government price controls and worry that it would be one more step on a journey to single-payer government management of the system.

The challenge both sides see is in controlling the prices of drugs on the one hand but continuing to encourage the incredible innovation the pharmaceutical and biotech industry has historically delivered to the American patient.

What everyone can agree on is that it is only the U.S. that pays these high drug prices, and therefore pays for the bulk of the innovation, while the rest of the world “free loads” on the backs of American consumers, taxpayers, and employers who pay the health insurance bill.

The Trump administration has been talking about these ideas for years. Why sign these executive orders now?

While Trump has consistently underestimated the threat posed by the COVID-19 pandemic, cases and deaths have risen to troubling levels. The voter segment most threatened by the impact of the disease are seniors.

As a result, Trump is in trouble with that group. According to the July 17th Wall Street Journal/NBC News poll, Trump beat Hillary Clinton by seven points among seniors in 2016 but is now trailing Biden by one point––an eight-point swing.

Announcing a plan to let seniors cut their drug costs can only help him.

But why this plan?

I have never understood the Republican objection to the federal government negotiating drug prices with the pharmaceutical industry.

Why is the drug industry any different than any other technology industry the government buys from?

When it comes to world-class innovation, where is technology more important than in aerospace, for example?

Can you imagine our having bought the F-35 fighter without competitive bidding? Can you imagine NASA buying rockets and space capsules without competitive bidding? Yet, our aerospace technology has led the world for decades. The old astronaut joke in the 60s was about being sent up on top of a rocket built by the lowest bidder! And, they got to the moon in ten short years.

But, the drug industry is too good and too important to be subject to putting their drugs side by side with their competitors in a competition for who provides the most value for the price?

Many of these “socialist” countries utilize various forms of a drug bid process called “reference-based pricing.” Simply, drugs in the same class are put on a bid list, and the government health plan will pay for any of the drugs on the list up to the price of the best outcomes adjusted bid––who’s got the best drug for the money. If the consumer wants a different drug, they can pay the difference.

That isn’t socialism––it’s the best of free market economics.

But Trump just can’t bring himself to propose such a plan. He has to try to get the same result by piggybacking on the likes of the French and the Brits and their government-run systems by accessing their value-based competitive bidding through the back door.

At least he is better than most Congressional Republicans who every time they hear about putting drugs out to bid scream, “Socialism!”

With anything other than the Big Pharma, a “no-bid” acquisition would lead to a Republican Congressional investigation. 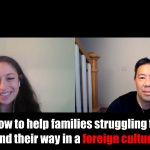 Why is the government so scared of directly negotiating drug prices?
6 comments