The costs of many generic drugs have skyrocketed. In some cases, the price of a single pill has increased over 500 percent.

But help may be on the way. Recently several large and respected non-profit hospital systems indicated that they will “fire a shot across the bow” of the generic drug business. That would be a game-changer.

Why has the price of generics skyrocketed?

Some large drug companies have purchased (or outcompeted) generic drug manufacturers. This has created a monopoly for some widely used and long-standing products, such as the EpiPen and the albuterol inhaler. In effect, the companies can set whatever price the market will bear. In many cases, the market (i.e., patients) has no choice but to accept these prices since no one else makes the drugs.

As if that strategy were not enough, some analysts have suggested another motive. By raising the price of generics and controlling the supply, monopolies could also introduce new “copycat” drugs that resemble the generics and are protected by patents. Both of these maneuvers could improve the stock market value of these drug manufacturers.

The issue is that prescription drugs operate in a market that does not include the patient. Health insurance companies negotiate drug prices and then pass them on to employers and their employees. Compared to hospital costs, most generic drugs are minor costs for the employer. Furthermore, through deductibles, any new drug costs can be passed on to the patient.

Federal regulation might seem like be a good way to solve this problem. Most other developed countries set drug prices for their national health programs. However, Congress has historically forbidden the federal government to set drug prices for Medicare. Regulating the pharmaceutical industry seems unlikely.

What can a hospital consortium do? The hospital industry spends billions of dollars on drugs to treat patients in the hospital and in ambulatory practice. Most insurance plans pay hospitals a fixed price per hospital admission. If drug prices rise, either the insurance company must pay more, or the hospital loses money. Lately the drug prices have jumped, especially for generics.

On the ambulatory side, the scenario is no different. Hospitals with outpatient practices are under increased pressure to reduce costs. Among the largest is prescribed drugs.

Another problem for hospitals is the shortage of many commonly used drugs whose patents have expired. Companies are simply uninterested in keeping high inventories to meet the challenges of demand.

A nationwide hospital consortium could have tremendous market leverage since these facilities care for millions of patients. Currently, the consortium has enrolled 300 hospitals. That market power could be used to negotiate reasonable prices with the pharmaceutical industry. However, such a plan is complicated and might face legal and regulatory challenges.

The other option is for the consortium to create a nonprofit company that makes generic drugs and sets fair and reasonable prices. That is bold move that would create a true free market. Generic drugs account for almost 80 percent of all prescribed medications.

Rather than rely on for-profit manufacturers, hospital systems and their patients would have access to the same drugs at lower prices. In effect, the providers would eliminate the middleman by controlling the supply of most drug products.

It is unclear how this proposal will evolve because it threatens the status quo. There is sure to be opposition — but not from patients. They will root for any plan that protects them from more out-of-pocket spending.

We need to reduce health care costs and, for once, here is an approach that offers an innovative and sensible solution for patients everywhere.

It’s an idea whose time has come. 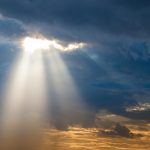 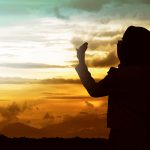