The Affordable Care Act (ACA), widely known as “Obamacare,” has survived several repeal attempts by Congress. Storm clouds, however, are still on the horizon.

The ACA’s individual mandate obligates every American to be covered by comprehensive health insurance. This requirement has been the most unpopular feature of the law. That’s because healthy people, especially those who are self-employed or between jobs, have found the ACA premiums too expensive.

They are not alone. Health insurance premiums continue to rise at a rate of five percent per year. Meanwhile, the average American makes about $55,000 per year and has seen little increase in wages.

The ACA suffered a blow last December when Congress passed the recent tax bill, which eliminates the penalty for the individual mandate in 2019. Some health experts think this will encourage as many as 13 million individuals to forgo health insurance. Without healthy people paying into the insurance pool, insured patients will end up paying higher premiums to cover the loss. Fearing this, some states may impose their own penalties for non-enrollees.

The individual mandate makes economic sense to policy-makers, but not to the average voter. The fines for refusing to buy ACA health insurance have been much lower than the cost of premiums. Over 8 million Americans chose to pay the fine rather than buy insurance in 2016. The federal government had planned to implement higher penalties, but the new law closes that option.

With this type of insurance, the premium price is based on likelihood and size of the loss. If you have an expensive house or fancy car, you will pay more for insurance. If you want to lower the premium, you can take more risk and pay a greater portion of any losses. The lender for a car or home will also make you buy enough insurance to cover a car loan or a mortgage. These are all factors that go into the decision about purchasing insurance.

Skinny health plans work the same way. Unlike ACA insurance, which offers only full coverage, you can use skinny plans to buy what you think you need. The benefits can vary and may depend on how individual states regulate the plans. Major insurance companies are beginning to offer these plans, which suggests that they see a market opportunity. Here are some features of these policies:

The demise of the individual mandate is not likely to affect the future of the ACA. Most Americans had health insurance coverage before the ACA. This was provided either by their employers or by programs such as Medicare and Medicaid.

Caught in the middle were the working poor and lower middle class who could not afford health insurances premiums. The majority of newly insured patients are in this group. ACA subsidies allowed them to buy health insurance. Politically it is unlikely this support will be withdrawn.

The ACA enabled about 17 million uninsured Americans to receive health insurance. However, several years after the ACA was implemented, the effort appears stalled.

Since 2014, 27 million Americans (11 percent of the population) remain uninsured. Almost half of the uninsured say the costs of insurance are too high, followed by a third who cite job loss or lack of employer-sponsored insurance. Many of the uninsured are trapped in states that refused federal subsidies for their citizens.

This stalemate is all about the price of insurance. If you have a good income and an employer-based health plan, you have the financial ability to cover most costs. With low to mid-range income, you may not be able to afford any health insurance, especially if you must buy it yourself. The ACA subsidies can help, but only if they are allowed in your state and your income is low enough to qualify. Many Americans are caught in this vulnerable position, especially the self-employed, contract workers and employees of small companies.

Skinny plans may be useful in providing a stopgap for healthy folks who are between jobs. But there is a potential risk. These plans offer limited coverage, similar to dental insurance. For a taste of that experience, ask anyone who had dental insurance but still paid a tidy sum for a root canal. A hospital stay is even more expensive and, without adequate insurance coverage, can lead to enormous debt.

“Make America Great Again” has been the rallying cry for opponents of universal health coverage. Yet it’s hard to see “greatness” in a nation whose productive citizens cannot afford health insurance. As with public safety, defense, and education, only the federal government can ensure health care for all its citizens. We have come closer with the ACA — but many have still been left behind. 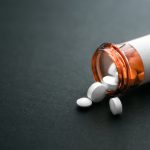 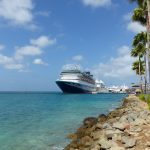