Walking down the street, I sometimes see people who appear to be strolling in a cloud. These folks are wrapped in vapor they inhale from e-cigarettes — a practice called vaping.

Vaping devices first emerged in the late 1990s. They feature a battery-powered heating element that heats up liquid nicotine to create an aerosol, which is free from the toxic byproducts of cigarette combustion. In theory, this device could make it easier and safer for smokers to kick the habit.

As a pulmonary physician, I wince when I hear about people voluntarily inhaling any foreign substance. We are already exposed to more environmental toxins than we realize, adding something else seems unwise. However, quitting smoking is extremely difficult. Most remedies have been only slightly effective at best. Could vaping help?

After a decade or more of scientific studies, we know a few facts about e-cigarettes, although many questions still remain.

Here are the key points:

1. The e-cigarette market is growing. Several studies have shown that between 2010-2013, the use of these devices had more than tripled to include seven percent of the U.S. population. Most users are young and/or former smokers. About one-third have never smoked before. Nicotine is highly addictive which is why smokers have difficulty stopping. Vaping is popular among high school students, and their teachers fear that this will lead to cigarette smoking and other addictive habits.
This effect has been observed in a few studies, but the trend is unclear. In 2015, the e-cigarette use rate among high school students declined from 16 percent to 11 percent. However, there is some evidence that e-cigarette use in high school students is a risk for taking up cigarette smoking.

2. E-cigarettes are safer than regular cigarettes. Both e-cigarette vapor and cigarette smoke contain nicotine, but only cigarette smoke has the harmful products of tobacco combustion. For that reason, most experts consider the e-cigarette to be safer than a regular tobacco cigarettes. However, in both cases, inhaled nicotine stimulates the cardiovascular system. It is unknown whether this effect has long-term consequences such as heart disease or hypertension.

3. E-cigarettes may help smokers quit — but the effect is small. The vast majority of e-cigarette users are current or former smokers. Based on research surveys, these patients are either trying to quit smoking or at least reduce their cigarette consumption. Many studies have compared e-cigarettes to other methods of smoking cessation such as nicotine patches, counseling, etc. These studies have been inconclusive. A panel of experts recently suggested that e-cigarettes may slightly improve smoking cessation but the magnitude of the effect is small.

4. It’s too early to know all the risks of using e-cigarettes. These devices expose the user to liquid nicotine and chemicals that create the vapor. The chemicals involved with vaping — propylene glycol and glycerol — when heated, are known to produce carcinogens and compounds that irritate the airways. The exact risk from this exposure is currently unknown, though it is thought to be much lower than that of a regular cigarette. Therefore, for a smoker, switching to the lower risk e-cigarette is a good trade-off. But for non-smokers, using an e-cigarette introduces potential risk for lung disease and cancer. Outbreaks of asthma have already been reported in association with vaping.

5. E-Cigarettes are regulated differently around the world. The World Health Organization has called for strict regulatory control of e-cigarettes by keeping them away from non-smokers and minors. Some countries have banned the devices altogether.
In the U.S, many initially opposed these devices, presuming that they would lead to an increase in cigarette smoking. Some of this fervor has died down and is now focused on minors. At the moment, most states prohibit the sale of e-cigarettes to minors — the same policy as for cigarettes.

The FDA’s new director, Dr. Scott Gottlieb, has taken a fresh approach this problem. The FDA has established a program to fight nicotine addiction by reducing levels in tobacco and other products. Included in this mandate is continued surveillance of the safety and public health effects of e-cigarettes.

If this program is implemented, the role of e-cigarettes in public health may become clear. Ideally, e-cigarettes will rescue smokers from their habit — without recruiting new ones.

Of course, the e-cigarette industry has other plans. Although some vaping devices carry a hefty price tag, overall vaping is relatively cheap and safer than cigarettes to boot. The industry is using those facts to leverage the market. Analysts predict that the vaping industry will see annual growth of 20 percent over the next decade with worldwide revenues of $50 billion by the next decade. Most of those dollars will come from the industry’s best customers — Americans and Europeans.

If vaping becomes widely used, we may learn that it is safe. But we can’t rule out the opposite outcome either. Widespread vaping across large populations may introduce us to new diseases that could have been prevented.

There is a high cost for ignoring such potential risks. Just ask any patient who has suffered from the toxic effects of asbestos, second-hand smoke or radon exposure.

A Black Panther for diabetics 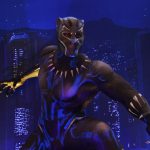