You think you are medically insured. A few days later, you receive a hospital bill worth thousands of dollars in your mailbox. Your insurer denied coverage, claiming you sought an “inappropriate” or “unnecessarily” emergency care.

The question here is, “Who has the exclusive opinion in America to deem signs and symptoms necessary for an ER visit?” — “Is it me as an individual feeling endangered or my health care insurer?”

If this question was to be answered under federal law, then health care insurers have a duty of care to reimburse its beneficiaries under their contractual agreement to individuals who possess a solid belief that their sudden symptom(s) are a potential jeopardy to their health status or direct cause that will perpetually lead to an organ dysfunction or other serious health problem.

Accordingly, health care insurers must comply with federal laws. This compliance is stemmed from the fact that they administer employee health benefit plans pursuant to the Employee Retirement Income Security Act (ERISA) of 1974 and health care insurance coverage of emergency services as mandated under the Patient Protection and Affordable Care Act (PPACA).

After bitter and grueling negotiations with the insurer administration, many of those patients are unable to pay hospital bills that unremittingly impel many health care providers not to receive compensation. This gets worse when Federally funded health care entities and hence its providers are mandated to provide such emergency care under Emergency Medical Treatment and Active Labor Act (EMTALA) that requires adequate screening, examination and stabilization of its patients prior to discharge.

Capitol Hill realized that this is a major issue that imposes threats on many American lives, and on March 7, 2018, Senators Ben Cardin (D-MD) and Claire McCaskill (D-MO) sent letters to both Secretary of Health and Human Services and Secretary of Labor to look into the violations.

Despite the laws that Congress has passed to provide for more patient protections, health care insurers, including Anthem, Blue Cross, Blue Shield, are still denying health care coverage based on diagnostic codes and not patient’s treatment record. Regardless of the ER policy administrative process, this is still a clear violation of the codes of the United States government.

Yet, participants and beneficiaries of the health care plans are empowered to bring civil action, and under the power of the Secretary of Labor, the U.S. Government can impose civil penalties that could account up to thousands of dollars a day per violation.

The issue here isn’t if treatment shall be provided or if reimbursement is required, but rather an act of war depicted by health care plan administrators in benefit of its shareholders and in the expense of many American patients whom will fear to seek emergency care.

Asser Shahin is a physician.

Consumers are losing the war against meat antibiotics 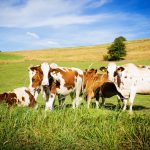