Drug costs in the U.S. are higher than in in any other industrialized country in the world. Our cost for an insulin glargine (long-acting insulin) pen is $76.80 and in Canada, so very few miles away, it costs $19.60. The latter price is reasonable. The former price can make the difference between being able to afford a life-saving drug and dying. It is illegal, however, for a U.S. citizen to buy his or her insulin, or any other drug available in the U.S., from another country.

Costs of pharmaceuticals in other countries are usually regulated by the government. Not so in the U.S. This is due to the lobbying power of U.S. pharmaceutical companies. Because U.S. citizens pay more for our drugs, we do have earlier access to newly released products than other countries if we can afford them. Our deep pockets help make new drug development attractive to drug companies. For people whose lives depend on the development of a new drug, this is very important. For the vast majority of patients, however, high drug costs can be at least burdensome and often crushing.

Health care costs were a major subject in the most recent issue of JAMA. Pharmaceutical costs were discussed in a brief article from the Medical Letter on Drugs and Therapeutics.

Not all drugs in the U.S. are expensive, however. Such staples as lisinopril for high blood pressure and simvastatin for elevated cholesterol cost only a few dollars per month. When we go to the pharmacy and pick up these prescriptions, and the pharmacy submits the claim to our insurance companies, we pay a few dollars as a copay and go away generally happy. The low price we pay, or so we think, is thanks to the fact that our insurance is helping us out.

I find this infuriating primarily for the lie involved. I know that insurance companies are primarily interested in making a profit, and so they do. If they couldn’t turn a profit, they would go out of business. That’s how it works. But it bothers me that they make patients believe that they are helping them pay for medication when they aren’t. Each patient usually only loses a few dollars on the prescription for which they are overcharged (except a few on the list they published, including the nasal spray fluticasone and the antibiotic amoxicillin/clavulanate, for which the overpayment was $12 to nearly $20 per prescription), but the insurance company makes a bundle on the huge number of transactions.

Drug costs are crippling to many people, especially those with chronic diseases. Insurance companies should at least be honest about their contribution to this problem. 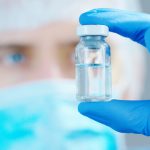 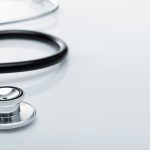