The New York Times is interested in fecal transplants. This is the euphemistic term for taking feces, poop, crap, sh*t, bowel contents from one person and putting it into another person. There are various procedures for doing this, from drying it and putting it into capsules to making it liquid and introducing it by enema, nasogastric tube or colonoscopy. It is a remarkably effective treatment for a wide range of illnesses which appear to be related to an unhealthy gut biome (bacterial community).

The New York Times has published several articles about it in the last few years including a recent one in which they introduce the politics of fecal transplant (also “fecal microbiota transplantation” or FMT). Several companies have been working on ways to monetize human excrement for medical use. At the same time, doctors have been using do it yourself concoctions, and a non-profit in Cambridge Massachusetts has been packaging a fully screened selected-donor poop product which is commercially available now.

Why on earth would you do this?

So what is FMT good for? I would point you to a blog I wrote a few years ago and a lovely page of evidence from OpenBiome, the nonprofit poop processing organization near Boston. It is clear that Clostridium difficile (C. diff) diarrhea, which is a scourge of hospitals due to the widespread use of antibiotics, can be successfully treated with FMT. In fact, the cures are nearly universal, quick and gratifying. Nevertheless, doctors use expensive oral antibiotics with far lower efficacy, often for months before considering fecal transplant because it has not yet become standard of care. People often die of C. diff without being offered FMT. There are also studies showing that metabolic syndrome, the altered physiology that accompanies obesity, improves significantly. This is likely to be associated with weight loss. Imagine something harmless that might replace obesity surgery or ineffective diets or the many complications of weight problems. Also, inflammatory bowel disease, such as Crohn’s disease or ulcerative colitis, usually treated with surgery and toxic medication which is often ineffective, has responded remarkably well to FMT. Even graft vs host disease, a devastating multi-system disease that affects some patients after successful bone marrow transplant, responds to this.

A healthy poo consists of an unknown number and variety of cooperatively interacting bacterial, viral and fungal species. With changes in sanitation, diet, widespread use of antibiotics and Caesarian birth in countries like ours, the spectrum of organisms in our bowels has changed, and in some cases appears to have too few of the bacteria that can make us healthy and resilient. There is even good evidence that the multicellular critters that we call parasites contribute to robust health.

It is possible to successfully transplant a new biome using stool from a healthy donor instilled either as an enema or through a deeply placed nasogastric tube. I see the procedure most often done by gastroenterologists via a colonoscopy. I don’t know how much they charge for the whole routine, but a colonoscopy on its own is several thousand dollars. The stool is usually screened for pathogens with standard tests, and the donor is checked for the usual diseases that we look for when a person donates blood to a blood bank such as HIV, syphilis and hepatitis variants. A healthy spouse is a good candidate, as would be a child or sibling.

Home fecal transplants have become popular and make physicians very uncomfortable, since it is unlikely that a do-it-yourselfer will screen the feces donor before using his or her stool. I wonder, though, if it isn’t quite a bit safer than we think, since the vast majority of people will have nothing that we screen for. Of course, I can think of several scenarios which might be disastrous, such as pressuring cousin Joe who doesn’t want to admit to IV drug abuse or sexual promiscuity into donating a sample to his childless and partnerless relative.

Also, I have wondered why we insist on using colonoscopy to introduce stool into the colon when a simple enema is effective in many trials. We don’t have evidence to show that we need to put a patient at the risk or expense of a colonoscopy to get this procedure done. I suspect this is because of compensation for a procedure such as this, which is messy and not entirely simple, is next to non-existent unless the doctor can bill for a colonoscopy.

The most gratifying fecal transplant that I was around for was a simple in-office enema from a familiar and squeaky clean donor, mixed with saline in a cheap blender. The recipient was an elderly but previously very vigorous woman with a persistent case of C. diff that had completely undermined her life and health. She had tried multiple courses of antibiotics over several months, lost her appetite and was mostly homebound. She was completely cured within days, which is not an uncommon outcome.

So. If FMT is so great, why aren’t we doing it? Mainly because it’s messy and gross and a crap shoot (snort) concerning outcome. By this, I mean that if getting someone else’s stool is good for all kinds of things, it could also have unexpected consequences. Not every infection can be screened for and there are cases of infectious diarrhea being passed from donor to recipient. What about metabolic syndrome? Will a change of biome make a thin person fat? We would prefer to “do no harm.” Also so far nobody has told us that this is OK to do on our own. The FDA has been looking at classifying stool as a drug in this context since 2013, and there was even a set of guidelines released that were very difficult to follow. So this lifesaving treatment is a big stretch for us.

Back to poop wars. Three companies, Vedanta Biosciences, Seres and Rebiotix have been working for years on poop products that will be effective and patentable. They have joined together to form the Microbiome Therapeutics Innovation Group and are lobbying for the right to sell their products as drugs, which would likely raise the price of the procedure and knock a non-profit like OpenBiome out of the picture. Critics argue that this will reduce innovation in the field and make what could be a very cheap and effective therapy so expensive that it will no longer be available to many patients. The idea of poop as a drug with a brand name and a hefty price tag is irritating in the extreme and yet another example of how healthcare can be so insanely expensive. But I’m not sure it’s wrong. Here’s why.

Why drug companies should get to take over

It has been excruciatingly painful to see patients suffer and die of diseases that can be effectively treated by fecal transplant when there is abundant evidence that it works. Why, you may reasonably ask, do I let them suffer when it is within my power to give them this procedure? By the time a patient is sick enough with these diseases that it is clear that standard treatment doesn’t work, there are usually multiple doctors involved, and the fact that it isn’t standard of care means that someone on the team will be uncomfortable with this approach and it won’t happen. So FMT needs to become standard treatment.

If drug companies make a product that stands up to safety and effectiveness standards, packages it hygienically and markets it with a snappy name and simple instructions, FMT will become standard of care. First, it will just be for C. diff that hasn’t responded to antibiotics, but drug companies will want to sell more of it and will do research to prove that it is good for at least all of the indications I know about, and probably a few more. That research will sell drugs and will save lives. It will probably mean that a simple in-office FMT with a blender and a friend’s stool will be specifically disapproved, but the home procedure will be universally available as long as there are enema kits and blenders, ideally with adequate screening. Eventually, the preparations of Vedanta, Rebiotix, and Seres will go off patent, and by that time the procedure will be something we try before exposing people to antibiotics or immune suppressant medication or surgery.

If the FDA makes a decision that offers exclusivity to these three for-profit companies, I do hope that the significant contributions of a group like OpenBiome are recognized and compensated. They have been a major contributor to making fecal transplant easier and more acceptable and have probably pioneered some of the procedures that the other entities will be using. OpenBiome’s product is not cheap either, costing just shy of $1,500 for a preparation that can be instilled by colonoscopy or nasogastric tube and nearly $2,000 for capsules with dried feces. I expect that the commercial versions will be more than double that price.

What do we do when guidelines come crashing into the real world? 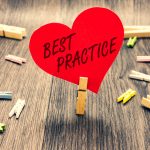 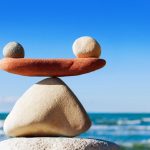