Climate change. Global warming. The greenhouse effect. Devastating wildfires, dangerous air quality. Catastrophic weather events and mass human migration. It all sounds like post-apocalyptic fiction except that it’s real. Inside our air-conditioned offices and homes, it can still be possible to be optimistic. Maybe it’s nothing out of the ordinary. Maybe it isn’t our fault and would have happened without human activity. Maybe we don’t know what will happen and it won’t be that bad.

If we jettison optimism and embrace responsibility, it is easy to become overwhelmed and paralyzed. And possibly a time will come when the best approach will be to just hold our spouses, children, grandchildren, and animal companions close and tell them we have always loved them. But now is not that time.

In a recent issue of the New England Journal of Medicine, Deborah J. Anderson wrote an article entitled “Population and the Environment–Time for Another Contraception Revolution.” In it, she notes that the world’s population grew from less than 1 billion people in 1800 to 5.5 billion in 1980, leading to anxiety about a population explosion. Drug companies and family planning advocates got into high gear leading to improved access to contraception. Since that time, the world’s population growth rate has declined, meaning that population is not rising as quickly as we had feared it would. That success means that unfortunately, there is less action on developing new and more user-friendly forms of contraception. A decline in the rate of population growth is not enough, though, since our population is over 6 billion now and will be over 8 billion by 2050, consuming the world’s precious resources as well as strongly contributing to global climate change.

Dr. Anderson proposes that we again pursue contraception options that are more practical and acceptable. Condoms are too expensive for many people living in developing countries. In the U.S., birth control pills cost from $20 to over $100 a month depending on the type, and often cause intolerable side effects. Intrauterine devices can cost over $1000 (especially for patients without adequate insurance or access to Planned Parenthood) and may cause discomfort or long term problems. There are many options, but they are far from perfect and could use an infusion of creative energy to make them better. In the U.S., over 50% of pregnancy is unplanned and often unwanted. Many of those babies will be born into families that are unable to support them adequately. Women at risk of unplanned pregnancy could really benefit from contraception that is appropriate and affordable. The population growth of the US has slowed significantly in the last 20 years, dropping to half of what it was in 1990, but people who live in wealthy, developed countries have a much higher impact on scarce resources and climate change than people born into resource-poor countries. On average, a person in the United States produces 100 times more CO2 from fossil fuels that a person living in Rwanda. So expanded use of contraception isn’t just for other people.

What is this “climate change” about which you speak?

To review the problem, climate change has been caused by increased production of greenhouse gases such as carbon dioxide since the industrial revolution. CO2 isn’t the only greenhouse gas, but it is produced in such vast quantities that it has the greatest impact on global warming. Greenhouse gases allow heat to enter the earth’s atmosphere but shield heat loss. This greenhouse effect is one reason why the earth has such a narrow temperature range, and this probably allowed humans to evolve and thrive. With rising CO2 levels in the atmosphere, however, global temperatures are rising, leading to changes in seawater evaporation, melting of glaciers and ice caps, shifting of the jet stream and deep ocean currents with associated extreme weather events including heatwaves, droughts, hurricanes, flooding, and even excessively heavy snowstorms. Oceans are rising, and coastlines have receded. Burning fossil fuels releases carbon into the atmosphere, as do wildfires which increase with a hotter climate. Methane, from rotting waste (including the much-discussed and fictional cow farts), is a greenhouse gas that is much more potent than CO2, though less plentiful. Refrigerants, used in air conditioning and freezers, are extremely potent greenhouse gases and can be replaced by much less harmful alternatives. All of these things, though, are driven by people, and especially by people in resource-rich countries.

I have been reading a book on the Drawdown Project, which details some of the many things that we can do or support, which can reduce global warming if we just commit to doing that. Two of the top ten most impactful solutions on the list of solutions are educating girls and family planning. Apparently, women and girls are the main farmers in the world and lack some of the resources male farmers have, which makes them less productive. Allowing them equal resources, including education, will mean that more food is produced from those farms. When farmland is more productive, there can be less deforestation, supporting forest ecosystems which sequester rather than release carbon. Educated girls also have smaller families. Family planning supports reproductive choices and thus reduces CO2 production. We think of these things as only being relevant to the developing world, but in many communities in the US, the same dynamic is occurring. Promotion and support of women and girls will not only make our lives better but will reduce the burden on the earth of a growing population.

We can do this. Humans have often pulled together to do amazing things. Los Angeles, where I grew up, had such polluted air that we were often unable to go out to play, and I still remember the pain in my lungs when I took a big breath after diving into a swimming pool. A statewide effort to reduce chemical emissions from factories as well as changes in fuel efficiency of cars has made Los Angeles air breathable again. We had a big hole in the ozone a few decades ago, and there was a worldwide effort to reduce chlorofluorocarbons in spray products, the primary cause of ozone depletion. The ozone hole is healing. If major changes had not been made, global warming would have been much more dramatic, and millions of more people would have died of skin cancer and other ultraviolet related diseases.

The time is now, though. As we gear up to treat climate-related disease, we need even more to work to prevent further damage to our planet energetically. We have probably waited too long to avoid some heartbreaking outcomes, and healing the climate will be slow. It will be easy to be complacent until suddenly it isn’t easy at all anymore. As physicians, we can support another “contraception revolution” and enthusiastically offer our patients contraception that works for them. We can speak out about the health effects of climate change since people will believe us. We can help people choose food that is healthier for them but also healthier for the planet (think plant-based and local, if possible.) We can avoid being wasteful of fossil fuels and support legislation that curbs fossil fuel use while increasing research into alternative and renewable energy.  We can insist on sustainable energy options in our homes and communities.

Sometimes it seems like our jobs, which are hard and generally aimed at helping people, should exempt us from “saving the world.” It would be nice if that were true, but it’s probably not. 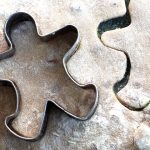 Lawyers have figured out what doctors haven't 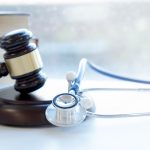 Why physicians should start thinking about climate change
10 comments