Presuming the North Carolina and Alaska Senate seats remain in Republican hands,  the Senate will come out no better for Democrats than a 50-50 tie with Vice President-elect Harris being the tiebreaker. If Republicans win at least one of the two Georgia run-off Senate races, the Republicans will maintain control, and the Democrats will not have the votes to move any partisan health care legislation.

But the Democrats will control the Department of Health and Human Services and the federal government’s health care regulatory apparatus.

I will suggest that the health care plan Biden campaigned on can be summarized into three primary parts:

The most controversial part is the public option.

Just exactly what the public option would look like is not clear. It would likely look much like a typical Obamacare/ACA exchange plan but based upon provider reimbursement rates like those in Medicare––which pay hospitals about 40% less than insurance company plans and pay doctors about 20% less. This would likely lead to a public option costing much less than similar plans offered by private insurers.

Employers worry that giving their employees access to a cheaper government plan will undermine their own benefits and ultimately back them into government health insurance whose costs they will not have control over.

Insurance companies will worry a cheaper government option driven by Medicare-like reimbursement rates in the insurance exchanges will drive out commercial plans starting in the individual market and spreading to the employer market.

Health care providers will worry that introducing another government plan that pays hospitals 40% less and doctors 20% less will squeeze their ability to operate even more than the pressure they already feel from Medicare and Medicaid.

For these reasons, and even if the Democrats can squeak out a one or two-vote margin in the Senate, I see no chance that the Democrats will get such a controversial provision, with so much powerful special interest opposition, through the Senate.

The second major part of Biden’s plan is improving insurance subsidies to make the Obamacare/ACA exchange plans more affordable for the middle class.

Biden would dramatically improve the cost of the Obamacare/ACA individual market plans for those who now receive either relatively small or no premium subsidies.

Subsidies for the middle-class would be increased first by ending the income cut-off for subsidies––currently, no one making more than 400% of the federal poverty level (about $26,000 for an individual and $103,000 for a family of four) gets any subsidy. Under Biden’s plan, no family would be excluded from a sliding scale subsidy whose insurance costs exceed 8.5% of their income. He would also significantly increase the premium subsidy by tying subsidies to what it takes to buy the generous Gold Plan, instead of the current rule that ties the subsidy to the standard Silver Plan.

Today, individual insurance costs are often very unaffordable for middle-income people who either get no subsidy or a very small one and end up often faced with annual family premiums in the $15,000 to $20,000 range with deductibles in the $7,000 area. Under Biden’s fixes, a family making $150,000 would pay no more than $12,750 in annual premiums with much-reduced deductibles.

On the one hand, even with a narrow two-seat Republican majority in the Senate if they keep the Georgia seats, I can see an opportunity for compromise in fixing the most broken part of Obamacare. I can see three possible moderate Republican votes to fix the ACA––Alaska Senator Lisa Murkowski, just reelected Susan Collins from Maine, and Mitt Romney. Romney doesn’t have the usual antipathy for Obamacare that many other Republicans have. As governor of Massachusetts, he led the way to “Romneycare”––something not much different than what an improved ACA would look like.

But the hitch may not so much be the notion of fixing an obvious shortfall in subsidies that hurts the middle class, as to how to pay for it.

The Biden health plan outline would pay for the improved subsidies by rolling back the Trump tax cuts on those making more than $400,000 a year. He would also tax capital gains at ordinary rates for people earning more than $1 million a year and eliminate the step-up basis for securities sale by heirs.

Republican support for those pay for proposals will be the bigger issue.

That makes any legislative improvement to Obamacare, the Democrats gaining control of the Senate aside, hard to see.

The Biden plan for reducing prescription drug prices includes making a government-negotiated drug price available to Medicare, his public option, and to private individual and employer plans that wanted to take advantage of it.

He would also set up an independent board to establish prices for new breakthrough drugs not subject to competition and enable drugs to be imported from countries that have already negotiated the lowest prices and cap annual drug price increases at the rate of inflation.

So long as the Republicans control the Senate, there is no chance of government direct negotiation of drug prices.

But, ironically, the Trump administration flirted with some of the same ideas that have attracted Democrats.

Through regulation, Trump would have used a market basket of drug prices already negotiated by single-payer nations as an index for how much Medicare would pay under a demonstration program. Trump would have also allowed broader use of the “reimportation” of drugs from single-payer nations like Canada to cut the cost of drugs for consumers and employers and end the practice of paying drug rebates to middlemen.

There is also a bipartisan drug price bill in the Senate sponsored by Republican Senate Finance Chair Chuck Grassley (IA) and Ranking Democrat Ron Wyden (OR) that would make changes to Medicare by adding an out-of-pocket maximum for beneficiaries and capping drug-price increases at the rate of inflation. Grassley has said he has at least twelve Republican supporters––if he could only get Republican Senate Leader McConnell to bring it up.

Perhaps the best chance for action––either through regulation or legislation––is over drug prices.

Democrats have long complained that Trump was doing his best to sabotage Obamacare through regulations, by badmouthing Obamacare, and limiting the budget for the annual enrollments.

A Biden administration can quickly reverse these.

But will they reverse all of it?

I have no doubt the Biden administration will do more to promote the ACA.

One of the most controversial actions the Trump administration took was to allow limited benefit “short-term” medical plans (the Democrats call them “junk insurance”) so people who could not afford Obamacare’s high prices and big deductibles had access to an albeit much more limited plan. But, if the Biden administration kills these plans before it can improve the subsidies, they will dump a couple of million people back into the ranks of being entirely uninsured.

Democrats were also very critical of Trump ending the subsidies to insurance companies for the insurance exchange cost-sharing subsidies. But when Trump did that, his action had the bizarre effect of increasing premiums, and low-income subsidies in turn, at the expense of higher premiums for the unsubsidized. Reversing this Trump action would now just increase costs for those same low-income people.

A Biden administration can also be more flexible in encouraging the expansion of Medicaid among those states that have yet to do so. A number of traditionally Republican states have shown more interest in joining the vast majority of states that are already taking the very generous federal subsidies for expansion.

The upshot of all of this is that we will have a Biden administration more inclined to promote and expand the insurance exchanges and Medicaid expansion under the Affordable Care Act and control prescription drug prices through regulation.

But as for Congressional action, it is much more likely we will be facing gridlock––even if Democrats eke out a tiny Senate majority.

The COVID winter is coming. The time to prepare is now.

The many firsts of the 2020 election 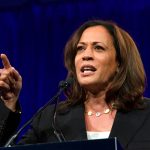