I’ve been doing health policy for thirty years. I arguably know something about health insurance.

For the life of me, I can’t figure out what Kelly Loeffler is proposing under her health plan––particularly when it comes to current protections for preexisting conditions.

In 2017, Republicans proposed a plan that would have arguably given states the ability to reverse Obamacare’s protections for preexisting conditions. Something I highly doubt states would have done if the Republican Obamacare repeal plan had passed. But states could have done it, which was enough for Democrats to jump on the possibility and make it a major issue in the 2018 elections––an election where Democrats made big gains.

The lesson Republicans should have learned from that episode is that it is foolish to tinker with preexisting conditions protections.

Now, this Georgia Senator is in a tight race to keep her Senate seat in a state Joe Biden just won.

Under these circumstances, I would not be screwing around with the issue of the preexisting conditions.

In the section titled, “Expand Affordable Health Insurance Options,” she lists several steps she would take. While she condemns what Obamacare has done to Georgia’s individual market, she never says what she would do to the existing health care law aside from a few unconnected bullet-point proposals.

In some states, we had high-risk pools before the 2014 preexisting condition reforms that occurred under the Affordable Care Act/Obamacare. These pools often covered less and cost more.

It looks to me like Senator Loeffler is creating a huge opening for her Democratic opponent big enough to drive a big truck through.

Just like Republicans did in 2018 and paid a big election-year price for doing it. 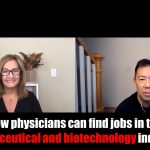 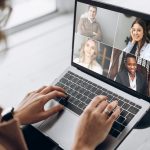 What does Kelly Loeffler’s health plan do to coverage for preexisting conditions?
1 comments