Negotiating lower drug prices in America could possibly stifle pharmacological innovation. But it would reduce health care cost for most Americans — and that should be all that matters.

If the United States began to regulate drug prices, medications would become cheaper, and Americans would have more access to drugs with lower health care costs. If bills like S.99 – Medicare Drug Price Negotiation Act (MDPNA) ever passes, it would permit the Secretary of Health and Human Services to negotiate lower prices for drugs under Medicare Part D directly with drug manufacturers.

However, some thought-leaders argue that with bills such as MDPNA, we could expect a decline in research and development of new drugs. The judgment is that lowering drug profits would make pharmaceuticals a less desirable industry for investors. And less investment in drugs would mean less research toward new and innovative cures. True to form investors, respond to economic incentives. When they see a market that will pay lots of money for their products, they’ll put more money toward developing the type of drugs that the market wants.

Why support MDPNA or similar efforts if it will inadvertently lead to fewer dollars spent on pharmaceutical research — and less progress developing new drugs for Americans and everybody else? Why support bills like MDPNA if it might lead to fewer biotech firms starting up, or fewer companies deciding to bring a new drug to market?

Negotiating lower drug prices will significantly reduce health care costs, and if that means we trade off some level of innovative pharmaceutical advancements, then so be it. The moral imperative to address America’s health care system can no longer be secondary to free-market forces. A little intervention, like negotiating lower drug prices, is due. Perhaps, overdue.

Right now, America’s high drug prices mean that investing in pharmaceuticals can generate significant profits — and that drugs can be too expensive for Americans to afford. As a society, we can no longer accept this. We must make medication more financially accessible to those who need them.

As Sarah Kliff asserts in her Vox article, Americans aren’t buying more drugs than the rest of the world. We’re just spending more on the ones we do buy. And for what? A lucrative market for investors, drug manufacturers, and pharmacological researchers?

The United States continues to subsidize the rest of the world’s drug research by paying out really high prices. Are we, as a country, still willing to pay higher drug prices to get more pharmacological innovation? What good is drug innovation if most Americans are priced out of it?

Other nations proactively regulate and negotiate the prices of new prescription drugs when they come on the market. These nations task a government agency to meet with pharmaceutical companies to evaluate the new drug and negotiate the prices down to an appropriate amount. But in the United States, drugmakers can set their own prices; every safe drug can come on the marketplace even when the drug offers little or no additional benefit. One of several examples is Zaltrap. The metastatic colorectal cancer drug was allowed into the American market, costing about $ 11,000 for a 28 milliliters dosage even though a survey of doctors revealed the drug offered no additional benefit.

When we fail to evaluate drugs for added benefit and negotiate lower prices, Americans are left to bear the brunt through high copays at the drugstore and are not able to afford the life-saving medication they need.

There are thousands of health insurance plans across the country, each with little bargaining power, negotiating its own prices with drugmakers. With bills like MDPNA, the United States will have a government panel that negotiates lower drug prices on behalf of the country’s 319-plus million residents. It would likely be able to demand discounts like those of some European countries. This would mean that health insurance premiums would go down.

But until bills like MDPNA pass, drug makers know that if their products are safe, Medicare will buy them, and they can continue to count on America to make up the price difference in other countries.

The climbing rates of maternal mortality in Black women 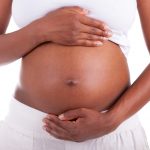 Is there a link between readmission and a hospital's non-profit status? 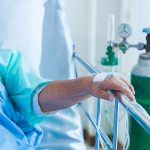 Negotiating lower drug prices in America: The tradeoffs are worth it.
3 comments