We are all aging every day, but mostly we ignore, do not recognize or deny it. Then all of a sudden, we look in the mirror and realize that older age has found us. Even then each person deals with aging differently. There is Dr. Seuss’ “Cat in the Hat” who sees nothing but adversity in aging. There are others who accept aging but are well aware of the passing of time and the limited time left.

We know that during adult life most organs and functions lose about one percent per year, more or less. This can be slowed in a meaningful way with quality lifestyle modifications to include good nutrition, exercise, low stress, no tobacco, intellectual stimulation and social engagement — and no tobacco.

Only recently has some of the physiology of aging been elucidated with much more to learn. But from what known comes new approaches to extending life, reducing age-prevalent disease and creating what might be called the “longevity dividend.”

Most people are not content with lifestyle modifications, finding them difficult to achieve at best. So they would be interested in the simpler approach — a pill.

Metformin and rapamycin are under consideration with a large-scale prospective trial called TAME about to start using metformin given its very low side-effect profile. It may be that a drug to eradicate senescent cells would have a useful effect as might compounds like resveratrol to activate sirtuins. Based on animal studies of parabiosis, infusing plasma from young individuals into older ones might have promise.

But there are others who are not content with just a modest improvement in health and longevity but, instead, are seeking a truly dramatic lengthening of life — perhaps, immortality. Gene therapy to lengthen telomeres with enhancement of telomerase is one current example.

Clearly, aging has become a serious area of study with government grant funding, pharmaceutical activity, even venture capital to encourage entrepreneurs to address innovative concepts all coming into play. We can expect rapid advances in knowledge and multiple attempts to push back the biologic clock.

Does aging imply “diminishment?” One friend sees it that way and offered Robert Frost’s “The Oven Bird” as meaningful to her.

There is a singer everyone has heard,
Loud, a mid-summer and a mid-wood bird,
Who makes the solid tree trunks sound again.
He says that leaves are old and that for flowers
Mid-summer is to spring as one to ten.
He says the early petal-fall is past
When pear and cherry bloom went down in showers
On sunny days a moment overcast;
And comes that other fall we name the fall.
He says the highway dust is over all.
The bird would cease and be as other birds
But that he knows in singing not to sing.
The question that he frames in all but words
Is what to make of a diminished thing.

Aging is a time of transformation, not just diminishment. Yes, aging ends with death, but there is the opportunity for much pleasure, much meaning and much value to self and others during those “elder” years.

For “The Death of Ivan Ilyich,” a rather short novella for Leo Tolstoy with only 75 pages, seeks to address redemption even at the very end of life. Ilyich lived his life as many do — ordinary, attempting to be successful, rising to some degree of status and comfort but achieving nothing of great value. “Ivan Ilyich’s life had been most simple and most ordinary and therefore most terrible.” He has scrupulously avoided thinking about his ultimate death and instead focused on the less important superficial issues of life. Now, at just age 45 with an illness that assumes death is near, he must come to terms with the meaning of life.

As reviewed in the Wall Street Journal by Jordan Smith, “while death might be as inevitable as taxation, a poorly lived life is a choice.” Ilyich has squandered his life; now he recognizes it and begins to come to terms just before death. He has a servant that is his new inspiration, “humble, poor, devout and selfless. His material poverty contrasts with his spiritual richness.” He is the polar opposite of Ilyich.

Perhaps the science will advance so that telomere reconstitution is a practical reality, that the DNA epigenetic changes can be reversed, that senescent cells can be eradicated, that the free radical damage to mitochondria can be dismantled, that the microbiome can be altered back to a youthful status. Perhaps metformin, rapamycin or resveratrol will have a significant impact. Perhaps.

But for now, it might be a more fruitful and meaningful personal use of time and endeavor to consider what the normal aging process means, not only physically and mentally but also spiritually and consider adjustments to lifestyles, behaviors and thought processes that will help usher in a productive and meaningful and hopefully healthy later years. 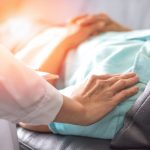 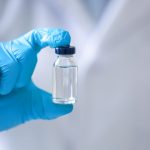