A lot has been written about Suboxone, the buprenorphine treatment drug. For many, Suboxone acts as an effective medication to treat opioid addiction. For others, it’s a highly-valued street drug that is commonly diverted and misused. To understand and acknowledge the darker side of Suboxone we have to look back at its history over the past 16 years.

Currently, over 35 states have filed lawsuits against the drug’s manufacturer alleging antitrust violations regarding the tablet to film reformulation.

Suboxone smuggling into correctional institutions is a significant issue across the nation with the drug oftentimes hidden in books and letters because of its filmstrip form. The New York Times in 2011 was the first to report that law enforcement was witnessing the abuse of Suboxone inside prisons from Maine to New York.

In a subsequent 2013 Times article, Suboxone was referred to as “medication and dope” and “a treatment with considerable successes and also failures, as well as a street and prison drug bedeviling local authorities.” The same article dubbed the drug “prison heroin” because inmates were using it to get high, instead of its intended helpful use.

Unfortunately, the smuggling of Suboxone into jails and prisons continues to this day but several states have taken action.
On July 1, 2016, Maryland’s Medicaid program stopped allowing Suboxone strips in an effort to stop the illicit flow of the drug into jails and prisons. According to a NPR article, the amount of diversion was “staggering.” Zubslov, a tablet containing buprenorphine and naloxone was added to the program’s formulary as an alternative treatment drug.

And in April of 2017, the Wisconsin Sheriff’s Association asked the state’s medicaid director for assistance in reducing the smuggling of Suboxone into the jails of Wisconsin. As a result, Zubsolv was added to the formulary in the hope that the tablets become used more than the strips.

A new type of pill mill?

The emergence of Suboxone has also brought unscrupulous providers into the opioid treatment profession who operate cash-only prescription clinics with some calling this phenomenon, “the second coming of the old pill mills.”

The states of West Virginia, Kentucky and Tennessee have all recently implemented oversight regulations concerning treatment clinics in their states due to concerns about inadequate treatment and the rise of Suboxone “pill mills.” In Kentucky, one provider had his receptionist and maintenance man handing out Suboxone prescriptions when he was absent.

Why is this happening? Street value.

Suboxone is a valuable drug on the street and is used by those with an opioid use disorder to experience its euphoric effect, prevent opioid withdrawal, profit off its sales or to self-medicate.

A 2017 Dayton Daily News article detailed the street value of 60 Suboxone film strips rings up at $1,200 per month, and in a correctional facility, a strip of Suboxone is worth $100.

So, how big an issue is this?

According to DEA statistics, there were 446 crime laboratory reports involving buprenorphine in 2005 which rose by over 4,000% to 18,077 in 2016, the most recent data set available.

Buprenorphine is now the fourth most encountered opioid drug analyzed by nationwide crime laboratories trailing only oxycodone, fentanyl, and hydrocodone.

A doctor in Tennessee found a 60% decrease of statewide prescriptions for Suboxone during 2016 when the state changed the Medicaid formulary to Bunavail, a lesser dose alternative to Suboxone.

And in 2017 the University of Kentucky published a study which found that out of 1,675 substance users, 985 reported taking Suboxone at some point, with only six percent receiving it by prescription, 62% by illegal means and 32% both ways. Nearly 80% of those who received it both illegally and by prescription admitted selling, trading or giving away what they were prescribed. More than 75% admitted mixing Suboxone with other drugs or alcohol to get high.

What should a MAT provider do to mitigate diversion while still helping those in need?

Follow a national guideline like SAMHSA’s TIP 40, SAMHSA’s TIP 63 or ASAM’s 2015 National Guidelines which include diversion plans that include weekly office visits until the patient is stable, urine drug testing including testing for buprenorphine, recall visits for pill counts and limiting the dose to decrease the risk of street sales. These same guidelines also emphasize the importance of psychosocial treatment in conjunction with medication-assisted treatment.

Suboxone and other buprenorphine medications are important tools in a treatment provider’s toolbox but prescribing only medication— without any other treatment support — is short-changing those in need.

As ASAM’s sample patient treatment agreement states, “I understand that treatment of opioid addiction involves more than just taking my medication. I agree to comply with my doctor’s recommendations for additional counseling and/or for help with other problems.” 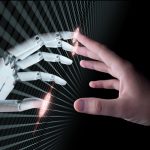 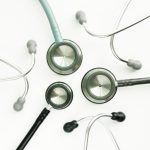 The other side of Suboxone
11 comments