Many patients who end up in Suboxone treatment have chronic pain. They were originally prescribed other opiates and ended up addicted to them.

Skeptics argue that is just substituting one opiate for another. But that isn’t quite accurate. More on that in a bit.

In my seven years of prescribing Suboxone for opiate addiction, I have often observed how potent a pain reliever this medication is, even in fairly low doses. More on why in a bit, too.

Now and then I hear about patients who are prescribed Suboxone for pain and not for addiction. I’m not sure exactly how that is done, since Maine law requires prescribers not only to include our Suboxone license number, but also the ICD-10 diagnosis code (F11.20, opiate use disorder) on the electronic prescription.

We also, in the case of some national pharmacy chains (Walmart) who don’t understand the Maine law, have to add “chronic,” which is only of relevance as opposed to “acute” when it comes to pain. Medication-assisted treatment is always chronic. Also, they require us to put “code D,” which is indeed a Maine exemption code for medication-assisted treatment, but only relevant when the Suboxone (or methadone) treatment exceeds 100 morphine milligram equivalents (MME).

Anyway, even though you have to indicate the diagnosis of addiction on scripts, I hear there are several Maine doctors who prescribe Suboxone for pain. The more I think about it, and the more I read up on it, the more sense it makes. But I’m not going to break any laws just because it makes sense.

This is what I know:

Buprenorphine, the opiate ingredient in Suboxone, is a partial (opiate) mu-agonist, which is the most obvious explanation why it has any analgesic properties at all. But it is also an ORL1 (nociceptin) agonist, which is another pain relieving mechanism. This one is among several proposed mechanisms for why buprenorphine has been shown to reduce opioid-induced hyperalgesia, a fibromyalgia-like state of generalized increased pain perception that paradoxically can make patients with, say, opioid-treated back pain start to hurt absolutely everywhere.

In fact, it has been observed that there is analgesic effect at lower doses than usually required for management of opiate cravings.

Buprenorphine is superior to traditional opioids for nerve pain and, because it also is a kappa-opioid antagonist, it has antidepressant and anxiolytics properties.

Buprenorphine has fewer side effects than straightforward opiates, specifically less constipation, less sedation, less immunosuppressant effect, less induction of gallbladder spasm (morphine is a bad choice for gallbladder attacks), less or even no decrease in sex hormones, less risk for heart rhythm problems (QT abnormalities) and it is even safe to use in older patients with chronic kidney disease.

But the law is the law. Suboxone is for addiction only. How soon will that change?

The joy of a successful blood draw 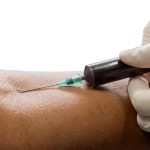 Gun control is our lane: Physician opinions on guns matter 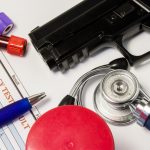