Who was Ryan Haight?

Ryan Haight was an 18-year-old honor student from La Mesa, California who died on February 12, 2001, from an overdose of hydrocodone ordered from an online doctor he never saw — and shipped to his home from a rogue online pharmacy during the beginning of the opioid epidemic.

The pharmacist, Clayton Fuchs, filled the online prescription and thousands more like it along with four doctors who authorized the prescriptions. All five were charged in 2002 and subsequently either pleaded guilty or were convicted several months later. The four doctors involved in the conspiracy were paid between $40 to $100 dollars for every prescription they approved online (sometimes reaching 200 or more prescriptions in one day) without meeting, examining or diagnosing any online patient.

Before 2008, many rogue online pharmacies were distributing hydrocodone more than 30 times what a normal brick-and-mortar pharmacy was distributing in partnership with unscrupulous providers who were approving prescriptions online without ever establishing a valid doctor-patient relationship.

On October 15, 2008, President George W. Bush signed into law the Ryan Haight Online Pharmacy Consumer Protection Act of 2008 that amended and added several provisions to the Controlled Substance Act to prevent the illegal distribution of controlled substances like opioids to adolescents and others for non-medical purposes by means of the Internet and telemedicine.

The law was composed of several parts but focused on two key areas.

First, the law focused on tighter regulations and registrations for anonymous rogue online pharmacies. Shortly after the law went into effect, these deadly and dangerous online pharmacies ceased to exist.

Secondly, the legislation mandated that an in-person medical evaluation be conducted by a medical provider at least once if prescribing controlled substances on the internet. The intent of this section was to prevent unscrupulous providers who had been approving hundreds of prescriptions a day by the click of a mouse from prescribing to those whom they had never met, examined, took a medical history from or diagnosed.

For over 100 years federal law has required that all controlled substance prescriptions be issued only for a “legitimate medical purpose by an individual practitioner acting in the usual course of a professional practice.”

The Ryan Haight Act took effect on April 13, 2009, and the DEA was charged with its oversight. The act included seven telemedicine exceptions which included those for the Veterans Administration, Indian Health Services and another exception called the ‘’special registration” that would be obtained by DEA once the agency determined the requirements through its rulemaking process.

It is expected that the DEA will release these new regulations in the coming months, which likely will loosen the current telemedicine requirements for schedule III through V controlled substances.

Due to the DEA’s regulatory changes enacted by Congress in 1973 — namely preventing, detecting and investigating the diversion of pharmaceutical controlled substances from legitimate sources while ensuring an adequate and uninterrupted supply to meet legitimate medical, commercial and scientific needs — it is unlikely that DEA will loosen the telemedicine regulations linked to schedule II opioid drugs, like hydrocodone and oxycodone, given their potential for abuse, addiction, and overdose death.

Telemedicine is federally lawful now — as long as the provider has conducted at least one in-person medical evaluation of the patient.

The Ryan Haight act only applies to controlled substances. Approximately 90 percent of all manufactured drugs are uncontrolled.

Providers contemplating engaging in telemedicine should be aware of their state laws in addition to federal law and seek counsel from an attorney or their state medical association.

Telemedicine providers should incorporate the same medical policies and practices in their telemedicine practice as they do in their office setting.

With respect to the opioid epidemic, telemedicine providers should be cognizant that prescription opioids including buprenorphine continue to be the most diverted and abused narcotic drugs encountered by law enforcement and carry increased risks.

Lastly, those practicing telemedicine according to state and federal guidelines and prescribing only “for a legitimate medical purpose” and “in the usual course of a professional practice” should have no fear of the DEA or any other oversight agency. 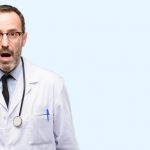 The key to this patient? Horseshoes. 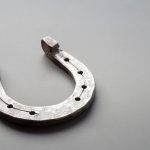