Both patients and providers realize that an internist is different from a surgeon, but specifically how they differ and how this affects their approaches to patient care is largely under-appreciated. Over the last four years, I have conducted over 250 interviews with physicians across specialties and institutions about what they do and why they do what they do. With each project, I continue finding remarkably distinct, specialty-specific values, perceptions, and ways of thinking that seem to directly impact how physicians interpret medical evidence and, ultimately, care for patients.

Medical specialties, like other academic disciplines, are distinct cultures with their own jargon, journals, meetings, practice guidelines, uniforms, idols, tools, and rituals. During medical school, students “try on” specialty identities through their rotations, often choosing a specialty where they “fit in.” Professional values then diverge further during the intense socialization process of residency and fellowship, reinforcing distinct values and perceptions. Although institutions also have distinct cultures, this seems secondary to physicians’ specialty identity. Academic cardiologists in the Midwest and private practice cardiologists in California use considerably more similar language and thought processes than interventional cardiologists and interventional radiologists at the same institution.

To better understand these differences, I created a model that divides physician identities into three categories based on how they tend to describe what they do and why they do what they do: managers, fixers, and diagnosticians. These groups are further divided along three key value axes based on how they tend to think and perceive value: broad vs. specific thinkers, complex vs. definitive answer seekers, and public visibility. It is important to note that these groups are not exclusive. Physicians often embody all of these traits but differ in the degrees to which they are emphasized and evident in their behaviors and groupthink. Furthermore, these groupings are general trends and not meant to invalidate individual experiences that may diverge from this model.

1. Managers (e.g., internists) tend to focus on understanding clinical narratives and the interconnectedness of body systems as well as emotional and social determinants of health. They are “story-seekers” that tend to value clinical context, thinking broadly, and developing evolving differentials to best “manage” patient populations and conditions over relatively long clinical relationships. As such, they often divide their domains of practice based on patient populations and disease processes. This specialized knowledge is thought to be built upon a broader understanding of clinical medicine, i.e., being a good cardiologist is based on being a good internist. As such, these groups tend to form subspecialties rather than completely independent training pathways.

2. Fixers (e.g., most surgeons) tend to describe their roles in terms of “fixing” specific problems. They value working with their hands, technical skill, and innovation to achieve tangible, more-immediate outcomes. Depth of knowledge and skill tends to be valued more than breadth with less perceived interconnectedness. Because of this, fixers often divide themselves based on anatomical regions or the procedures they perform and are more likely to form independent training pathways, e.g., separate residencies for cardiothoracic vs. orthopedic vs. vascular surgery.

3. Diagnosticians (e.g. radiology and emergency medicine) tend to value knowing something about everything and using this breadth of knowledge to efficiently triage patients or make a diagnosis. However, this makes these specialties particularly dependent on others, so diagnosticians often feel they must prove their worth to other physicians and health care systems. Diagnostician specialties were formed around specific hospital services and have shared a struggle to differentiate themselves as independent practitioners versus hospital employees as well as doctors versus technicians.

Broad vs. focused thinkers. Broad-thinkers (e.g., internists and radiologists) tend to emphasize the importance of knowing about many different areas of medicine and casting a broad net in their problem-solving. Conversely, focused-thinkers (e.g., surgeons) prioritize narrowing in on the key issue(s) at hand to be controlled and addressed. Generally, depth of knowledge garners more respect from colleagues outside one’s own specialty than breadth.

Complex vs. definitive answer seekers. Physicians who think in terms of complex answers (e.g., internists and psychiatrists) view clinical decision making as more nuanced, often fluid and changing with many caveats and few absolutes. Thus, good patient care is felt to rely on understanding and responding to evolving clinical context. Conversely, physicians who think in terms of definitive answers (e.g., radiologists and surgeons) tend to draw hard lines while describing their clinical reasoning and behavior. Tests or treatments are indicated or not; outcomes are superior or inferior. Not everything is black and white, but gray area or subjectivity are less acceptable.

Public visibility. Specialties with more patient interaction (e.g., internists and surgeons) attract greater public awareness than specialties with less (e.g., radiologists and pathologists). Interestingly, this awareness tends to predict a degree of perceived value. Consider that a neurologist interpreting a patient’s brain MRI is met with less skepticism than a neuroradiologist counseling a patient about his/her neurological disease. Neurologists’ roles in managing neurological disease has a higher degree of public visibility than radiologists’ roles in interpreting imaging, which attracts wider appreciation for the complexity of this skill.

Surprisingly few studies have sought to characterize specialty-specific values in health care. Nevertheless, I have found these differences to be remarkable consistent across institutions with important effects on inter-specialty relationships, guideline and policy adoption, and perception of value. When policies and initiatives treat physicians as a monocultural group, they risk failing to resonate with diverse groups of physicians leading to poor adherence and greater practice variation. Instead, I believe we should seek a deeper understanding of these differences to better respond to them, identify shared values, and foster better role definition. It is my hope that the model proposed above can serve as springboard, inspiring others to explore the important differences in how health care providers think and perceive value.

The other side of Suboxone 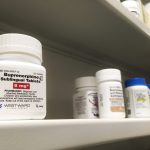 Medical simulation as a moment to reflect 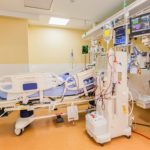