A young man with chest pains, shortness of breath and heart palpitations had come back for his follow-up visit.

His thyroid test and blood count were well within the normal range. His EKG was normal, and his chest X-ray was declared normal by the radiologist.

We talked some more about his anxiety and poor sleeping habits. We talked about his late shift at work, and we talked about his late gaming habits on the computer and how he sleeps until ten and misses out on mornings with his young daughter. He had been setting his alarm and getting up two hours earlier than he used to. That had made him more tired and less inclined to stay up past one o’clock in the morning.

We talked about how he had now gone from being a motherless child to a young father, and I asked him what kind of father he wanted to be for his little girl.

That’s when he said, “I wish my dad would act more like a father.”

“Do you wish he would give you some more guidance?” I left it open-ended.

“Yeah. I feel insecure, like I’ll mess up with the baby.”

“Have you asked him?”

“Not in so many words. But he doesn’t seem that interested. He’ll take me out to lunch, and we eat without saying all that much and here he is, 50 years old, texting his girlfriend like some teenager instead of talking with me. I’m scared, I don’t know exactly what I’m supposed to do or be like, and he is no role model at all.”

“So if your father acted exactly the way you need him to, what would that look like?” I asked.

He thought for a while, and then, with words that flowed on a river of silent tears, he painted a touching picture of a young father and a still-young grandfather talking about what it takes to be a man.

“See, you have a pretty good idea of the kind of advice you would get, then,” I said. “And your wife and daughter, what kind of man do you imagine they wish you will turn into as you mature and continue to evolve? Do you think you know that?”

“I understand that you wish your father could help you more. But for whatever reason, he isn’t able to give you what you need right now, but it sounds like you already know what kind of man you want to be like.”

“Be the kind of man you wish he was, be the father you want your little girl to have. She will teach you, just watch her and listen. And talk, really talk, with your wife.”

With the image still in my mind of the 50-year-old man texting his girlfriend while his son pined for his love and attention, I added:

“Maturity and age don’t always move along at the same speed. I think you’re growing up faster than many people your age.”

He shook my hand, very firmly, and said: 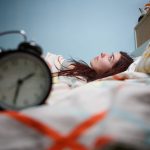 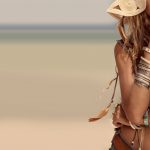 Be the kind of parent you wished yours were
2 comments