For Apple iPhone users, the release of iOS 12 included a new feature called “Screen Time.” Although a number of productivity apps that offered a similar snapshot of phone usage were available before this update, I was never interested in quantifying my usage. Now, on a weekly basis, I get a reminder of the exact percentage breakdown of how I’m using my phone.

In true millennial fashion, a review of my report shows that the majority of my time has been on social media apps. I wasn’t surprised by this. What did surprise me was when I posted to Instagram as part of a campaign and somehow spent four hours on the app that day. Each time I picked up my phone to open the app, it was just a few minutes to reply to comments or interact with others. But add up each of those pickups, and suddenly I spent a quarter of my waking hours on Instagram.

I’ve been active on social media since 2011 when I started my blog to chronicle my journey as part of the charter class at a brand new medical school. Throughout medical school, I researched social media policies at medical schools as a follow-up to a 2010 study that showed that only 10% of schools had a policy despite having active social media channels. In 2011, a search for the term “social media” on PubMed yielded 762 results; today, that number is 2,595.

While I was a medical student, one of my mentors cautioned against my social media use; today, that individual has numerous social media profiles and channels. In the last seven years, social media for professional and personal advancement among health care professionals has grown tremendously.

Despite the positive attributes of social media, there are potential downsides. A 2018 paper found an association between digital media use and attention-deficit/hyperactivity disorder (ADHD), and numerous studies have delved into addiction behavior surrounding the compulsive use of social media sites. In recent years, social media policies have proliferated among health systems and medical societies. Breaches in these policies can lead to serious consequences. HIPAA still applies to health care professionals online; providing just enough patient detail without a name has led to termination.

Since starting my blog, I’ve adhered to a personal policy similar to Dr. John M’s post on ten simple rules that summarizes how physicians should behave online. But I’ve never set up boundaries for time spent on social media. In the last year, the compulsion to pick up my phone and click through my three most-used apps (Instagram, Twitter, Facebook) has continued to grow. Even when I know I’ve already seen most of the content on each of these sites, each time I pick up my phone, my thumb seems to gravitate toward social media apps. I’ve ignored my partner’s remarks about how frequently I’m on my phone for the sole purpose of scrolling through filtered photos of exciting destinations or upscale tasting menus. But perhaps now’s the time to take his words to heart and admit to my addiction to social media.

The new year brings new opportunities to reflect on how I’d like to use social media. Writing blog entries and keeping up with friends across the country are essential to me. Scrolling through Instagram and Facebook mindlessly looking for new content is a waste of time. Now that I have a quantitative way to measure my app usage, I’d like to kick off the new year by cutting down my total social media screen time by 50 percent. I hope that by being more mindful of my actions each time I pick up my phone, that I’ll be able to curb the urge to open Instagram and instead read a chapter of the Kindle book I’m currently reading.

Are you addicted to social media? If yes, will you be cutting back this year? If not, do you know people who are?

Amanda Xi is an anesthesiology resident who blogs at her self-titled site, Amanda Xi, and can be reached on Twitter @amandasxi. This article originally appeared in Doximity’s Op-Med. 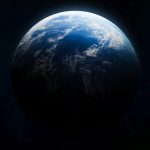