When you think of a hospital chaplain, what comes to mind? A bearer of bad news? An imminent turn for the worse? A symbol of death and dying? That’s what I used to think. Chaplains showed up in end-of-life situations, and I’d give anything to never encounter one.

I couldn’t have been more wrong.

Last week, I had the privilege of listening to a chaplain at my local children’s hospital as he “demystified” spiritual care and chaplaincy. It turns out that not only can chaplains offer interfaith and non-religious care, but their role in hospitals is not confined to death and dying. In fact, a big part of the chaplain’s role is supporting families emotionally as we navigate changes, struggles, or tipping points that occur throughout our lives.

Chaplains help us identify our own resources and strengths so that we can better cope with situations that are causing distress. For some, these situations are indeed life-threatening. But for many, they are merely tipping points on a longer journey. A new diagnosis. A first hospitalization. A significant change in treatment plan.

Throughout these tipping points, chaplains can help us explore shifts in identity, roles, and meaning. This often includes grieving the future “story” we’ve envisioned and beginning the process of rewriting a new narrative for our children and our families.

While many chaplains focus on in-patient hospital encounters, some expand their role into outpatient centers. I can’t tell you how excited this makes me.

When my daughter was diagnosed with cystic fibrosis eight years ago, I was shaken to the core. I had naively envisioned a life for my daughter where health could be taken for granted. Where doctor’s appointments were limited to annual check-ups and benign bouts of strep. Where I could swat down stress with the knowledge that this was my second child, and this time around, I knew what I was doing.

With my daughter’s diagnosis, my identity as a woman and mother shifted. My roles as a spouse, daughter, friend, businesswoman, and caregiver collided in messy, unexpected ways. I began to question where I spent my time and with whom I spent it. I mourned the loss of the “future” I had envisioned for my family — and slowly but surely began to write a new one.

Over the years, I have been fortunate enough to partner with care teams that recognize the importance of physical and emotional health. My daughter’s quarterly appointments have allowed the space and time to explore both her and my emotional well-being. But if a chaplain was included on the care team with the sole role of offering emotional support?

I would latch onto that in a heartbeat.

Our children’s hospital hopes to expand the chaplain role into more outpatient centers over time. When this resource hits the CF center, I plan to be the first in line.

Laura Spiegel is founder and president, Paint Her in Color.

The form of functional female bodies 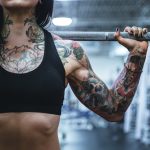 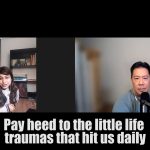