I spent the first three days sitting next to my dad’s hospital bed, watching his chest rise and fall slowly. He was asleep the majority of the time, fighting off something unknown. Anytime he moved, I jumped up from my chair and stood where he could see me just in case his eyes fluttered open for a split second. I wanted him to know that I was there, that I cared.

I sat for hours listening to the unfamiliar noises in the room, like the IV pump, which sounded like a miniature helicopter hovering nearby. As the doctors and nurses came in and out of his room, running tests, trying to figure out what was wrong, I repeatedly had to say to them, “This is not his normal. He has late-onset Huntington’s disease (HD).”

HD is a neurological disorder that causes cognitive impairment, emotional issues, and uncontrolled movements. At the age of 78, my dad’s symptoms were not very advanced compared to other people with the disease.

From the questions the hospital staff asked and the way they treated my dad, I knew they had walked into the room with their own bias regarding his age and disease. So I spent my time speaking to them and informing them of what my dad’s baseline was.

“Yes, he can normally walk and talk,” I said. They saw an elderly gentleman with HD and assumed these things not to be so. “He was just playing shuffleboard last week,” I told each new nurse, specialist and doctor. I was adamant about helping them understand what was normal for my dad so that they knew what we were aiming to get him back to.

Several times, I heard a medical professional say, “Maybe this is just his HD getting worse.”

“This is not what disease progression looks like for HD. There is another reason he is so sick,” I always replied.

A few days later, my dad’s condition improved ever so slightly. He was able to sit up in bed and whisper out one-word answers when asked. He was too weak to lift his arms, so I spoon-fed him soup and apple juice, all with a gelatinous texture making it safer to swallow.

Standing in the hallway that afternoon, I expressed to a nurse how difficult it was doing that for my dad. “It breaks my heart that I have to spoon-feed him,” I said.

“But I asked him if they fed him at the retirement home where he lives, and he said yes,” the nurse replied. I quickly realized this was another situation where bias had gotten in the way.

“Oh. He just means they cook for him. He walks down to the dining room, orders his meal, and feeds himself every day,” I told her.

All of the staff were incredibly kind and caring, and I am so grateful that my dad was under their care.

I don’t blame them for making assumptions based on their past experiences, but I learned pretty quickly how important it is to advocate for our loved ones so the hospital staff can see the individual person and their unique circumstances.

Thankfully, by the end of an incredibly stressful week, there was finally an answer for why my dad was so sick — a rare side effect from the COVID vaccine, nothing to do with his HD at all.

Erin Paterson is a writer and the author of All Good Things: A Memoir About Genetic Testing, Infertility and One Woman’s Relentless Search for Happiness. 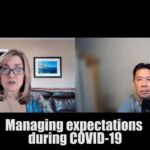 Why it's time to use our voices 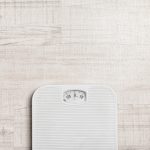 Advocating for a sick parent by confronting physician bias
1 comments