I’m just coming out of two years of sleep deprivation.

Due to some sleep apnea issues (hopefully finally resolved), my now two-year-old daughter slept like a newborn until this summer. Which means, like the mom of a newborn, I was up every three hours at night for the last two years.

This has given me more experience in living with sleep deprivation than I ever wanted and plenty of time to think about how to survive when exhausted. What did I learn while functioning through two years of sleep deprivation?

Self-care matters even more when you’re not sleeping. When I’m sleep deprived, I either don’t want to eat, or I only want to eat donuts. Neither is a good option. And exercise? Forget it. Why would I want to do something that makes me more tired when I’m already tired?

Two years of donut-eating and couch-sitting, however, would not have been in my best interest. And if I couldn’t fix my sleep, I had to take control over some of the other self-care factors that have a major impact on mood. So I learned to plan giant vegetable stir-fry with enough leftovers for a week of lunches, and squeeze seven-minute workouts into breaks.It wasn’t perfect, but it was enough to keep me going.

I learned not to trust my thoughts at the worst of sleep deprivation. Walking into clinic one morning, the thought popped into my head that I hate what I do and hope nobody shows up. Was that thought true? Absolutely not. Did it feel true? You bet. So I tried to recognize these negative thoughts as stemming from the sleep deprivation, instead of what I really believed. Just because the thoughts felt true didn’t mean they were true.

Similarly, I learned to roll with my emotions, even when they were unreasonable. If composing an email randomly induced feelings of panic, I had to accept the emotion. Just leave that email in the inbox and come back to it later when I had bandwidth to deal with it. The world has not yet ended because I didn’t respond to an email fast enough.

If possible, shift cognitive load when sleep deprived. I found that, within limits, I am able to provide patient care when I’m somewhat sleep deprived. I’m “on” and focusing, and the time moves by quickly. However, if I tried to write a research proposal, my brain would turn to mush. I did my best to shift the tasks involving deep processing to the rare days I’d had a full REM cycle, or accept that a simple paragraph could take a long time.

Sleep deprivation is impairment. I’ve never been in a car accident that was my own fault. Since my daughter was born, I’ve hit four parked objects. Good thing I drive an old Camry. Just because I survived a day of work didn’t mean I should have been driving, and I’m lucky nothing worse happened. I also remember talking with a patient near the end of a long shift when I was particularly tired, and realizing I couldn’t focus on what she was saying. And that I wanted to cry for no reason. That wasn’t safe or fair to my patient. In retrospect, I should have recognized that I was impaired and cancelled my patients for the rest of the day.

I’m happy to report that my daughter’s sleep is improved, and most nights (knock on wood) I sleep pretty well. My IQ has jumped back up a solid standard deviation, and the world is a bright and sunny place again. But my compassion for medical residents struggling with sleep deprivation through long shifts while adjusting to a new rotation and cramming their brains full of medical knowledge has increased exponentially.

So I say to you — take it easy on yourself. You don’t hate your life, you’re just tired. This too shall pass. And I will buy you a coffee.

Where does health care IT hurt? Everywhere. 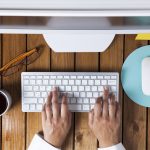 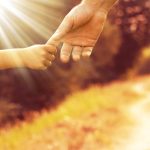