In 2017, Allergan CEO Brent Saunders promised to reign in drug price hikes, and other Pharma companies followed suit. In 2021, it looks like all bets are off.

In August, Amgen raised the price of its psoriasis med Otezla by 2.4 percent after raising the price of its oncology biologic Mvasi and chronic kidney disease med Parsabiv by 3 percent, reports FiercePharma. Merck similarly raised prices on its HPV, chickenpox and MMR vaccines by 11 percent.

While drugmakers defend their five and six-digit drug prices as reflecting research and development and continued clinical trial spend, lawmakers have questions.

In 2019, the late Elijah E. Cummings, Representative from Maryland’s 7th district and chair of the Committee on Oversight and Reform, launched an investigation into the pricing practices of 12 drug companies that sell the most costly meds, an inquiry that continues.

In 2021, the Committee held hearings into the price of AbbVie’s Humira, whose price has been raised 27 times. and now weighs in at $2,984 per syringe. AbbVie and Janssen Biotech have raised the price of their cancer drug Imbruvica nine times since 2013; it now costs $181,529 a year. AbbVie also did well from the pandemic –– making $1.3 billion in the second quarter from COVID-19 test sales.

Reneging on price hikes after the 2017 pledge is not the only recent drug maker reversal. During the summer of 2020, Pharmas joined 1,000 other companies in a “Stop Hate” boycott campaign against Facebook because of the tech giant’s alleged refusal to stop hate speech. Now many have executed a stealth return to Facebook.

The ethics of marketing junk food to children with cartoons, celebrities and sports heroes has been hotly debated. Marketing meds to children has received less scrutiny.

Singulair/montelukast, a leukotriene inhibitor, has been heavily marketed to children replete with the creation of a cherry-flavored chewable formulation. Marketing included a partnership with Olympic gold-medalist swimmer Peter Vanderkaay, a basketball “skills challenge” for children 9 to 14 and materials distributed through Scholastic and the American Academy of Pediatrics.

Some years ago, Britain’s National Health Service published kid-friendly brochures promoting the antipsychotics Zyprexa and Risperdal to children and the ADHD drug Strattera. “Many children, teenagers and young people need to take medicines prescribed by doctors to help them stay well and healthy,” says the Zyprexa text amid cartoons of happy children skating, rollerblading and playing soccer.

Now Novartis has debuted comic books with superheroes aimed at children with PROS (PIK3CA-Related Overgrowth Spectrum). The “unbranded” campaign (the promoted drug is unnamed and information appears as a public service) is running as Novartis recruits pediatric and adult PROS patients for a phase 2 trial to hopefully extend its metastatic breast cancer Piqray for PROS indications.

Most are aware of aggressive ADHD drug marketing –– “Give ’em the Grape” says an ad for grape flavored Methylin –– but fewer realize that GERD meds are advertised for infants. “GERD Can Be a Big Problem for Little Kids,” say award-winning ads for Prevacid, pathologizing “spitting up.”

Whether exorbitant pricing or opportunistic advertising, the pharmaceutical industry should not be given a pass despite the chaotic times. 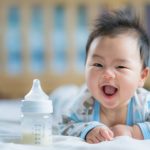 Self-harm and eating disorders in teens 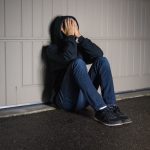