Currently, there is an outcry against the pressures of breastfeeding, with an underlying backlash against the stigma of bottle feeding. Commercials from formula companies, such as Bobbie, are playing at the hearts of struggling breastfeeding mothers. Touted as an organic European formula comparable with breastmilk, Bobbie is the solution. Famous stars, like Queer Eye’s Tan France, emphatically narrates his decision on choosing formula over donor milk for their family. Over the last year, famous celebrities such as Chrissy Tiegan have also endorsed formula and bottle feeding. Battles between “breast is best” and “fed is best” cause contentious debates on social media.

I, personally, breastfeed my four sons. My favorite position to breastfeed was side-lying, a position in which mom and baby lie down and face each other. This position alleviated the pressure of my recuperating exhausted postpartum body. From C-section, grade 3 and 4 vaginal tears, pre-eclampsia, uterine bacterial infection, postpartum depression and anxiety, clogged ducts, and painfully engorged breasts, I traversed four diverse postnatal and breastfeeding journeys. Despite my mental and physical health, I exclusively breastfed for six months and used formula thereafter when necessary. With this pattern, I was able to breastfeed my fourth son for 15 months.

Formula was invented in 1865 and popularized in America during the 1960s. Currently, baby formula is a $70 billion industry, with Abbott, Mead Johnson, and Nestle owning 98% of the market share. Advertising with giggling babies and buzz words such as organic, DHA, best after breast targets mothers at their most vulnerable and undermines their ability to breastfeed.

Formula should be treated as a medical supplementation, available for those who need it with risk and benefits explained. If we approach support with this notion, we can support breastfeeding for a longer period of time. Again, 2018 CDC data revealed when supplementing with formula, 57% of mothers breastfed at six months and 35% at one year. Restricting access and shaming families that chose formula further fuels the formula company’s ability to dominate the market and encroach on breastfeeding efforts.

Realistically, all mothers will not breastfeed. Some will be unable to produce adequate amounts of milk, others will have medical issues impeding their productions, a few will have sexual assault trauma hindering their attempt, and some will simply choose formula.

Historically, all mothers did not breastfeed. Examining breastfeeding history, wet nurses, and milk sharing are evident in history and literature books. It is postulated that Egyptians domesticated cows and sheep for their milk.

The benefits of breastfeeding span all aspects of life. Breastfeeding mothers have a lower risk of breast and ovarian cancer. Their babies suffer less from upper respiratory infections such as colds and ear infections, causing fewer sick days taken for working mothers. Breastfeeding families can save approximately $1,800 a year while over $3.1 billion health care dollars can be conserved if women were supported to breastfeed for six months. Environmentally, fewer bottles end up in landfills.

The powerful impact of breastfeeding juxtaposed with dismal breastfeeding data has led UNICEF to create family-friendly policies. These policies address breastfeeding barriers and challenges in hospitals to the workplace and roles of partners and communities. Family and community-driven pillars for breastfeeding dyads need to be part of our society. Until we, as a nation, can fully value breastfeeding, our medical profession owes moms prudent support to help cultivate their own breastfeeding journeys and rise above the formula industry.

5 myths about compassion and patient rapport building in health care 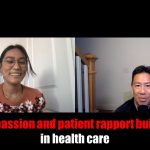 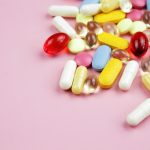