Physicians are influenced by marketing. That’s no surprise. So are most consumers, as evidenced by television and radio commercials, billboards, pop up ads and targeted ads for drugs on your computer screen. Big Pharma markets not only to physicians, but also directly to consumers.

In a recent Washington Post op-ed, Dr. Nicole Van Gronigen made the case that Big Pharma successfully influences physician prescribing behavior via marketing. Specifically, drug reps do with with free lunches provided by the pharmaceutical reps, or educational dinners at nice restaurants. She reported a JAMA study correlating industry-sponsored meals with increased promotion of branded medication to Medicare patients.

It’s no surprise that marketing works. If it didn’t, Big Pharma would not spend $24 billion per year on it — more than they spend on research and development. And perhaps, as Dr. Van Gronigen suggests, restricting pharma reps’ access to physicians may yield cost savings in health care. But is it really that simple?

The U.S. spends about $3 trillion per year on health care. Prescription drugs account for 9 percent of that, with physician and hospital care accounting for more than 50 percent of the cost. Keeping physicians away from that free lunch may be low hanging fruit, and might save a few dollars, but that alone is not likely to noticeably bend the cost curve.

Other economic pressures on physicians prescribing habits are already saving health care dollars in a more meaningful way. Existing downward pressure comes from patients’ ability to pay (especially amid high copayments and deductibles) and insurance companies’ willingness to pay — including the Medicare program.

Insurance plans have formularies — lists of medicines they will pay for. Low-tier drugs may be paid for in full by insurance plans, whereas high-tier drugs may carry a hefty copayment. In my retina practice, if I prescribe an expensive eye drop made by the pharma company that brought Chick-fil-A lunch for my office staff the previous week, I will get usually a call from the pharmacy telling me my patient cannot afford the expensive drop, requesting a cheaper alternative. Problem solved.

Payers have their own means of limiting indiscriminate expensive drug prescribing to counteract the effects of that filet mignon dinner with a side order of a Big Pharma pitch. In 2015, Congress passed the Medicare Access and CHIP Reauthorization Act which contains the Merit-Based Incentive Payment System. This system grades physicians on “resource use.” Physicians who cost more, whether from needlessly expensive prescriptions or excessive testing, lose a percentage of their Medicare reimbursement. And so despite that free sandwich from the drug rep, physicians already have reasons to think twice about which drug to prescribe when facing a potential 9 percent cut in reimbursement for the year.

That’s the stick. The carrot in MIPS is up to a 27 percent reimbursement bonus for higher quality, lower-cost care. Again, problem solved.

The real question is, why are physicians the only ones under scrutiny for payments received from industry? Over $3 billion per year is spent lobbying Congress and federal agencies to influence laws and government contracts, potentially costing taxpayers hundreds of billions of dollars. They influence members of Congress not with a few slices of pizza for lunch, but with all-expense paid African safaris for lawmakers and their families.

Physician morale continues to decline due to changing payment and delivery models. Going after doctors who accept a free lunch or occasional restaurant dinner, along with a chance to interact with colleagues and hopefully learn something, may be an easy way to save a few dollars. But that’s a red herring when it comes to the cost of care. There are already more powerful cost saving mechanisms in place that don’t involve beating down members of an already demoralized profession.

Brian C. Joondeph is an ophthalmologist and can be reached on Twitter @retinaldoctor. This article originally appeared in the Washington Examiner. 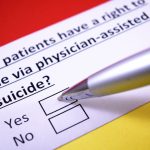 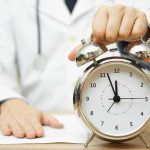 Are pharma gifts to doctors a red herring?
6 comments