On Monday, November 1, an Orange County California Superior Court Judge said, in a tentative decision, that the opioid pharmaceutical companies were not responsible for the opioid crisis.

This particular case, going by the name of “The People of the State of California v. Purdue Pharma,” started in 2014. The judge’s ruling noted that neither party requested a trial by jury. The trial took place before the judge between April 19, 2021, and July 27, 2021. Both sides rested their cases as of July 27, 2021. Closing arguments took place on September 30, 2021, and October 1, 2021. The entire trial was conducted by way of Zoom. Tons of opioid cases like this one currently flood various jurisdictions of our nation. One concluded this summer in my home state of West Virginia. The judgment is still out on that one.

On November 1, the Honorable Peter Wilson issued his 46-page “Tentative Decision” in the California case wherein he ruled against “The People of California” (the collective name for the Plaintiffs who filed the lawsuit) and in favor of Purdue Pharma and the other drug companies named in the $50 billion dollar case.

Here’s a nutshell of a causality portion of his decision:

The Plaintiffs contend that each defendant engaged in an aggressive false and/or misleading marketing scheme designed to increase, and which succeeded in increasing, the writing of prescriptions for defendants’ opioid medications, and that the increased prescriptions have caused or contributed to the opioid crisis being experienced in California … The opioid crisis constitutes the public nuisance that plaintiffs seek to abate in their third cause of action. The alleged false and/or misleading marketing constitutes the false advertising which forms the basis for the first and second causes of action.

The burden of proof was on the Plaintiffs to prove the following:

In a nutshell, and on my reading of it, the judge said that by nature (of being Federally Controlled Schedule II medicines), these opioids have known risks, including potential for abuse and addiction, and they are medically necessary for some patients. Additionally, he said some patients can get addicted to them even if they are used as prescribed.

As the number of prescriptions goes up, the number of overdoses, opioid deaths, abuses, and misuses goes up. These same numbers go up with increased doses. He agreed with that. The judge added that the California Legislature adopted measures including the Patients’ Bill of Rights of 1997, which saw that patients who needed opioids for pain could get them from clinicians without clinicians risking discipline.

He detailed the various prongs of the code that assured that the patients who needed these meds could readily get them from clinicians without the clinicians’ fear of discipline and that they are potentially medically necessary medicines that patients and health care practitioners should have access to the proper prescription of.

He then went on to say that it would be difficult to sort out which “marketing and promotion” (and note: I am staying out of the “false and misleading” verbiage of the document right there) led to medically appropriate increased opioid use versus which “marketing and promotion” led to increased medically inappropriate opioid use. He said the plaintiffs did not distinguish between these two increases, and “Plaintiffs ask the court to infer that the rise in prescriptions generally must logically also have resulted in the rise of medically inappropriate prescriptions. But there is no evidence, other than the rise itself, from which this court can reasonably draw such an inference.

And even if the court could reasonably infer that false or misleading marketing must have caused some medically inappropriate prescriptions to be written, no evidence before the court enables it to conclude, without rank speculation, whether the number or volume of such medically inappropriate prescriptions contributed to the alleged public nuisance, and if so, to what extent.”

The judge pointed out that the plaintiffs themselves called the opioid crisis “multifaceted.” They identified various players in the crisis, including manufacturers, distributors, pharmacies, doctors, the illegal drug trade, the FDA, the DEA, and the state. Because the plaintiffs acknowledged this, without any evidence to show exact portions of causality amounts of each, that the judge would not be able to assuredly delineate how much of a causal role these drug companies played. So, he noted, he would not be able to say whether their causal role was any more than “negligible or theoretical.” He said that if he said that their role was greater than that, he would be speculating. Thus his ruling.

Over half a million Americans have died from opioids since 2001. The Purdue Pharma founding family and former owners of the Oxycontin producing company, the Sacklers, won immunity from these lawsuits just a few months before this California verdict. Forbes Magazine declared the Sackler family’s worth at 13 billion dollars in 2016. As part of their immunity proceedings, they would pay 4.3 billion dollars. They maintain they’ve done nothing wrong even in the face of their company’s guilty pleas in 2007 and 2020 to criminal wrongdoing in marketing oxycontin. Judge Drain, who oversaw the recent bankruptcy proceedings, did not order the family to apologize for the crisis, saying, “A forced apology is not really an apology.”

No, it’s not, Judge Drain. As someone who is kind of big on valuing the words, “I’m sorry,” I agree with you there.

I am curious what other doctors who have ever prescribed opioids think about this verdict and this national flood of blame and money moving and this opioid fallout. I hear very little about it on medical news platforms like this one.

For me, my own personal stories of opioid patients come to mind, including one who keyed my car when I stopped prescribing his opioid after an acute injury. I think of some local opioid overdose deaths in my community. I would love to hear what other doctors and clinicians have to say about these issues, like the “not responsible” verdict and the Sackler family running away liability-free and still worth billions of dollars. Does anybody feel like the opioid companies were pushy in the ‘90s and 2000s? Were they in the right? Is the California ruling in line with the common good? Are our prescribing practices under scrutiny? What runs through our heads right now, doctors? I would love to know. 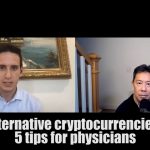 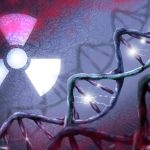