Marijuana has been used for reported medical purposes for thousands of years when the plant had THC content of 0.5 to 3%. The most common reported medical use is for pain. Several states and the District of Columbia have some form of legalized marijuana, with many states having legalized for recreational use.

There has been discussion about how cannabis will help curb the opioid epidemic. It’s been reported that medical cannabis laws are associated with significantly lower opioid overdose mortality rates, and others have suggested that legalization may result in less opioid overdose deaths. Other studies have reported that medical marijuana laws were associated with a decrease in Medicare prescriptions. Another report suggested that medical cannabis laws are associated with significant reductions in opioid prescribing in the Medicare Part D population. It was noted that “the researchers themselves cannot say if people switched from opioid prescriptions to using a medical marijuana product.”

It’s hard to translate population-level analyses to individual marijuana-opioid substitutions, and this patient population is a rather small percentage of people who may be using opioids and/or medical marijuana. In 2017 Colorado had a record number of opioid overdose deaths from any opioid, including heroin, and Colorado has had a medical marijuana program since 2001.

In the face of the opioid crisis, the medical providers should utilize other ways for people to avoid the use of opioids. Treatments such as physical therapy, acupuncture, chiropractic, massage, and cognitive-behavioral therapies are some of the standard treatments in the management of people with pain. Other naturopathic remedies have been suggested and tried but not proven.

There’s evidence that there are components of the marijuana plant which may have medical value. Cannabinoid and opioid receptors belong to the same subfamily of G-protein-coupled receptors and are synergistic. Both localize at the presynaptic terminals and when activated, reduce cellular levels of cyclic adenosine monophosphate by inhibition of adenylyl cyclase, affecting neurotransmission. Both systems coexist in the central nervous system, with overlapping distribution in the brain, brainstem, and spinal cord. Both receptors co-localize on GABA-ergic neurons with potential coupling to second messenger systems, and receptor stimulation can modulate several neurotransmitters, therefore modulating pain pathways and potentially provide antinociception. Opioids and cannabinoids share pharmacologic profiles, and both can cause sedation, hypotension, hypothermia, decreased intestinal motility, drug-reward enforcement, and antinociception.

There are several reasons why reported benefit will be outstripped by lack of benefit and increased risk of harm, and why cannabis is contributing to ongoing opioid use, and subsequently, the opioid epidemic. There is evidence in animal models showing adolescent rats exposed to THC will develop enhanced heroin self-administration as adults which may be due to activation of mesolimbic transmission of dopamine by a common mu opioid receptor mechanism. More than 90% of heroin users report a prior history of marijuana use compared to a prior history of painkiller use (47%). Prospective twin studies demonstrated that early cannabis use was associated with an increased risk of other drug abuse. This particular study was conducted when the THC content was lower than today’s products which can reach 95% THC.

The currently accepted body of evidence supporting the use of cannabis in pain evaluated products typically studied are not available in the United States (nabiximols, Sativex) or were with available synthetic agents (dronabinol, nabilone), and were studied in less common pain conditions: neuropathic and cancer pain. Currently, there is no available or accepted medical literature showing benefit for pain with dispensary cannabis in common pain conditions. Dispensary cannabis is a generic substance containing multiple components which may have physiologic activity in the body. The College of Family Physicians of Canada outlined recommendations of medical cannabinoids in primary care. They strongly recommended against use for acute pain, headache, osteoarthritis, and back pain, and discouraged smoking.

There is evidence that cannabis use increases, rather than decreases non-medical prescription opioid use and opioid use disorder. Concurrent use of cannabis and opioids by patients with chronic pain appears to indicate a higher risk of opioid misuse. Closer monitoring for opioid-related aberrant behaviors is indicated in this group of patients suggests that cannabis use is a predictor of aberrant drug behaviors in patients receiving chronic opioid therapy.

There is sufficient and expanding evidence demonstrating that medical marijuana use will not curb the opioid epidemic. There is evidence that marijuana is a companion drug rather than substitution drug and that marijuana use may be contributing to the opioid epidemic rather than improving it. Although there are patients who have successfully weaned off of their opioids and use marijuana instead, the evidence that marijuana will replace opioids is simply not there. Medical provider and patient awareness, utilization of prescription drug monitoring programs, widespread availability and use of naloxone, and increasing coverage for atypical opioids and abuse-deterrent formulations are only some of the other factors which hopefully be contributing to any impact on the opioid crisis. Education and prevention efforts, as well as MAT, will be additional benefits to impact the opioid epidemic. Physicians should continue to monitor their patients closely, perform random drug testing to detect opioid misuse or aberrant behavior, and intervene early with alternative therapies when possible. Marijuana alone is certainly not the answer.

Kenneth Finn is a physiatrist. This article originally appeared in Missouri Medicine. 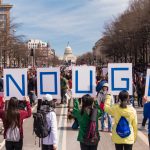 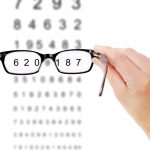 Marijuana will not fix the opioid epidemic
3 comments