A few days ago at my breakfast table, over coffee and my usual peanut butter protein shake, I read Doug Brunk’s article in Family Practice News about gun violence. The article reminded me that on the same day in history (April 16th, 2007) that the Virginia Tech shooter killed 32 people and injured 23 others, 231 other gun casualties occurred elsewhere in the United States. 83 of these were fatal. Jeffrey Swanson, PhD and professor of psychiatry and behavioral sciences at Duke, called this “the daily drip drip drip of gun violence in our country.” I think of this drip drip drip, these 83 other fatalities, as sort of like the chronic versus the acute; chronic, low-profile, one fatality at a time.

Dr. Swanson stated that the vast majority of perpetrators of gun violence do not have serious mental illness. He said mental illness is perhaps one of many factors (and particularly so regarding gun suicide), but that serious mental illness contributes very little (approximately four percent) to interpersonal violence. Dr. Swanson purported it was a demographic, not mental illness, that can more likely indicate a violent propensity. The demographic? “Male sex, youth, poverty, exposure to violence, abuse as a child, substance abuse … men, average age 47, married or cohabitating, mental health or substance abuse record, arrest history.” I thought it was a bold stroke for Dr. Swanson to name out these demographics in place of singling out mental illness, and they zoom haphazardly through my own mind like buckshot.

That very evening after I’d read Doug’s article, my 15-year-old son and four of his basketball comrades rode bikes from dinner at a restaurant to a gymnasium to watch a girls’ basketball game. Two of these kids were black. The five of them crossed the street at an intersection on their bicycles when the crosswalk sign told them to go. Ten bike wheels spun along the crosswalk. A white guy in a truck at the stoplight rolled down his window and yelled, “F—ing niggers!”

They looped around on their bikes and stopped at his truck, and said, “What’d you say?” He pulled out a gun. Four of them scrammed immediately. My son who has poor eyesight due to astigmatism and myopia (and who rarely wears his glasses or contacts) did not react as fast. He could not focus quickly, so he instinctively stayed for a split second to determine what was the matter. He swiftly summed up the man, a blurry face staring at him, and then he, too, saw the gun. Then, a split second later, at gunpoint, he, too, bolted.

A close call as far as I see it.

Why would this guy scream “f—ing niggers” at five random kids crossing the street on their bicycles, or even, to two of them? Why did he point a gun at my son? Hate? Is this another demographic, Dr. Swanson? Hate like that is something that is hard for me to understand. As a person who does not respond with anger or hatred at individuals or groups who are different from me just because they are different from me, I do not understand instinctively reacting to certain strangers with rage.

But hate is up. Hate group tweet likes are up. Number of hate groups is up. That is, it is up according to a February 2018 article in USA Today. Based on a study by the Southern Poverty & Law Center (SPLC), likes and comments on hate group twitter accounts are up by 900% . According to the same study, the last two years have shown a surge in the in the number of white and black hate groups (223 black extremist groups, and over 600 white extremist ones). The article stated, “’alt-right’ — a term that covers a loosely defined group whose far-right ideology includes racism, populism and white nationalism — has exploded into popularity.”

Allison Abrams had similar questions based on the title of her article “The Psychology of Hate: Why do we Hate?” in Psychology Today. She cited an incident where a hate group pointed guns at guests of an African American girl’s eighth birthday party and yelled racial slurs and death threats. Alison cited fear of the other, projection, survival, fear of rejection, lack of self-compassion, and perceived internal voids as deep-seated reasons for hate.

R. Douglas Fields, PhD neuroscientist and author of “Why We Snap,” explained the triggering of certain emotions such as fear, anger and aggression within the “fear center” in the limbic system of the brain. He said fear can trigger basic human instincts such as “us vs. them,” or a “tribe mentality.” He also noted that the same deep-seated instincts include insulting others to prove rank. Did it make this man-in-the-truck feel better than these five kids to say “F—ing niggers? Did it make him feel better than two of them?

I was lucky. For me, this man-in-the-truck incident with my little boy ended in nothing. I am lucky in that way. It was something my son was alive and well to tell me about later, and I thank God for that every day since.

A split second could have changed all that. One fatality at a time.

I keep telling myself that the odds are that it will never happen to my son again. Of course, if you would’ve asked me about these odds a week ago, I would have also said the odds are against it ever happening to him in the first place. 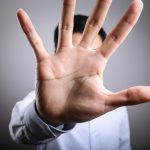 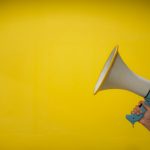