On a daily basis, patients of mine come in for office visits complaining of wear and tear injuries, as well as aches and pains, and their methods of dealing with chronic pain. As we all know, aging is a part of the normal life process.

For instance, as we approach 70 years old, we typically lose three-quarters of our functioning kidney cells (nephrons) but do well with our limited reserve as long as we do not constantly call on that reserve. When we take nonsteroidal anti-inflammatory drugs like ibuprofen and naproxen to relieve pain, we are challenging that reserve, leading seniors to look for alternatives. Opioids, even when appropriate, have become taboo, so alternatives are being searched for.

Medical marijuana has become a very hot topic recently.  It is heavily marketed as a pain relief alternative in several forms.  However, what little legitimate research has been conducted indicates it is not very good at relieving non-cancer-related chronic pain.

Not a day goes by when several patients reveal they are using cannabis products obtained out of state for pain relief with no consideration of how it interacts with the medications they are already taking. Recently, strong public relations campaigns for legalizing medical marijuana have led to its legalization in different forms, in various states, even if it doesn’t work. A select group of investors has positioned themselves to make vast sums of money from a product with little-documented upside and potentially unknown downsides.

At the same time that medical marijuana enters mainstream medicine, there is a similar legislative and marketing push to legalize marijuana for recreational use. Once again, a well-financed lobby of investors is trying to sell the concept of marijuana being less troublesome than legalized tobacco or alcohol. Recently, there have been several articles appearing in reputable medical journals and periodicals such as the Wall Street Journal, New York Times, and New Yorker magazine all examining the known results of liberalizing marijuana use in three states.

First of all, today’s marijuana is far stronger and potent than the “love generation’s” weed of the 1960s with a higher percentage of the hallucinogen THC. To that point, states that have legalized marijuana have seen a tripling of visits to the emergency department for psychotic behavior. Also, violent crime and murders have tripled in many jurisdictions. A growing body of evidence indicates auto accidents have increased as a direct result of marijuana’s use.

Medically speaking, there is little research evaluating marijuana as a drug. Many questions remain.  What is the minimal dosage to create an effect? What is the dosage that can cause medical illness? How does the mechanism of delivery affect the final effects such as smoking versus vaping versus eating the product? Beyond the stoners’ credo of “start low and go slow,” there is little data to evaluate the product as a pharmaceutical drug and or how it can interact with other medications prescribed for you.

I am far from an anti-marijuana critic. I’d like to know what I’d be getting into before I consider hallucinating. It seems to me that before we liberalize marijuana use, the product needs to be put through the type of research and scrutiny the Food and Drug Administration (FDA) puts a product through before it is approved for public use.

An emergency physician does a tooth extraction 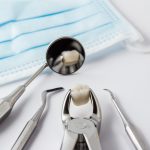 Physicians: It's time to let go of perfection 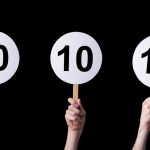