As a child, I was no stranger to the medical field. In kindergarten, while my classmates brought a pet frog, a family heirloom, or their favorite toy for show-and-tell, I brought a kidney stone the size of a plum. My family unites Eastern and Western medicine; my mother is a licensed acupuncturist, and my father is a urologist. Growing up, he always claimed that “urine put food on the table.” Although my parents exposed me to medicine at an early age, it wasn’t until I finished college that I realized my heritage helped prepare me to become a physician as well.

One annual family tradition that never fails to bring a smile to my face is decorating our Buddha statue with a Christmas hat and holiday lights. (A multicultural household certainly comes with its own perks!) Both my parents hail from Taiwan. My mother is a first-generation immigrant, while my father is a second-generation immigrant. Accordingly, I was raised in a family that incorporated both Taiwanese and American culture. My family typically spoke English at home, but once our parents started speaking in rapid-fire Mandarin or Taiwanese, my sisters and I immediately knew we were in trouble.

However, I’ve also struggled with my Asian American identity my entire life. As a child, I never fit in at my predominantly white elementary school. Whether it was being teased for my seaweed snacks I brought for lunch or experiencing a number of microaggressions (my personal favorite is “Where are you really from?”), I was constantly reminded that I was different. At my Buddhist Sunday school, classmates singled me out for speaking Mandarin with such a blatant American accent. Managing this ambiguous identity—not quite fully Asian and not quite fully American—can be a very isolating experience.

I remember arguing with my mother when I was seven years old about how I was American and not Asian in an effort to explain why I didn’t need to learn how to write the painstakingly difficult traditional Chinese characters. She simply laughed at my young identity crisis and said, “You’re only American by location. Go look in the mirror, Leonard.”

To be candid, in addition to the unwavering support of my parents, I think my Asian American identity helped me excel in school because of the associated expectations from my teachers. But being a “model minority” is problematic. Rooted in prejudice and racism, the model minority stereotype has been used as a racial wedge to elevate Asian Americans above other minorities—an alienating phenomenon I experienced firsthand. Moreover, the model minority stereotype generalizes the socioeconomic and academic success of all Asian Americans. By painting Asian minorities with one encapsulating narrative, it imposes unrealistic expectations and placates individuals into believing that their work ethic and commitment to family values can help them reach idealized success and equality. Although this may have helped my younger self thrive in school, research has shown that it damages Asian Americans. It hides disparities and leads to harmful internalized racism with negative mental health consequences, namely low self-esteem and depression.

In more recent times, watching the Black Lives Matter protests this past summer has been a wake-up call. This racial reckoning has caused me to ask a lot of challenging questions about our society and myself. Consequently, I’m actively educating myself about overt and covert racism—both past and present—against historically marginalized groups. It infuriates me that my primary and secondary education lacked a critical focus on historic anti-Asian racism. While I remember learning about FDR’s New Deal and fireside chats, his Japanese internment camps barely made it into a few sentences in my U.S. history textbook. Our education system must prepare students to have uncomfortable conversations. Future generations cannot learn from past mistakes if issues like systemic racism are brushed aside.

As I prepare to enter my first year of medical school, I’m learning more about the pervasive racism that plagues the U.S. Throughout my training and career, I aim to address racism and other social determinants of health adversely affecting the health outcomes of minorities. It starts with recognizing my own bias and prejudice and questioning my privilege. I have a responsibility to use my privilege to fight for equity. At the same time, I struggle to manage my Asian American identity. While I may never feel like I truly fit into either Asian or American stereotype, perhaps living at the bridge between both identities is my identity. My experience as an Asian American has helped me better understand the intersection of culture, racism, and medicine.

The power sexuality has over our happiness 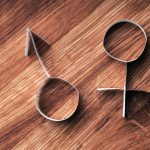 Instead of comparing, let's nurture the next generation of physicians

On being Asian American: “Where are you really from?”
5 comments