“Your zip code is a better predictor of your health than your genetic code.” For residents in the Pacific Northwest who recently faced a record-breaking heatwave, this statement hits close to home. The World Weather Attribution initiative, an international team of climate researchers, conducted a rapid analysis of the Pacific Northwest heatwave. The climate scientists from seven countries determined that the heatwave would have been “virtually impossible without human-caused climate change.”

The Pacific Northwest heatwave is a prime example of how climate change is a public health crisis that disproportionately affects people who suffer from socioeconomic inequalities, including many people of color. The New York Times reported that, as socioeconomic status decreased, both the temperature and deaths due to the heatwave increased in different zip codes of Portland, Oregon. Dr. Vivek Shandas from Portland State University studies urban heat islands, metropolitan areas where buildings and pavement increase the temperature relative to outlying areas. Especially in urban areas, concrete will absorb and retain the sun’s heat before radiating that heat back into the surrounding air.

To make matters worse, Dr. Shandas reports that people with lower socioeconomic status and communities of color tend to live in neighborhoods that lack urban green spaces (with trees providing shade) and access to cooling centers, further intensifying the effects of the heatwave. The Pacific Northwest heatwave is just one of many examples of how environmental racism and climate change are closely intertwined.
Climate change and extreme weather events strain health system resources. Driven by a strong heat dome and ongoing drought, the unprecedented temperatures in the Pacific Northwest pose risks of dehydration, heatstroke, and heat exhaustion. High temperatures also transform air pollution into smog, exposing people to the damaging effects of ozone. These effects of climate change lead to more hospitalizations for acute and chronic care.

In Portland, inadequate infrastructure for high temperatures caused public transportation to be shut down when it was needed most. This made it especially hard for people with no other means of transportation—mostly the homeless and people from poorer backgrounds—to get to cooling centers. Clearly, the negative health effects of climate change, whether direct or indirect, tend to affect people with fewer resources. As a result, structural inequities in society are translated into disparities in health outcomes.

Beyond the changes in the anthroposphere, the biosphere was also heavily impacted by the Pacific Northwest heatwave.

The Scientific American reported that more than one billion sea creatures were killed, a devastating maritime massacre that could destabilize marine ecosystems. Facilitated by climate change, high temperatures in marine systems may “directly lead to changes in species distribution and mass mortalities.”

Any catastrophe for marine life has the potential to create ripple effects for terrestrial life. For example, many birds that play an important role in terrestrial food webs rely on fish for food. Notably, the loss of keystone species in a particular ecosystem will impact all other ecological niches, leading to the disappearance of that ecosystem or the emergence of a dramatically different one. Research supports that declines in biodiversity can lead to ecosystem collapse, threatening our food and water supply in addition to the commercial fishing and seafood industry.

Just in the Pacific Northwest, the CDC reports that (for now) the health impacts of climate change include:

In addition to decreasing greenhouse gas emissions, adopting renewable energy sources, and taking other actions to reduce climate change, a climate lens to assess climate change-driven health risks must be added to our health policy to promote a more resilient health care system. To protect our Earth and vulnerable communities, we must make a commitment to mitigating climate change.

This light is theirs alone 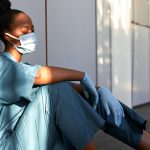 Eradicate the disability tax, before it’s too late 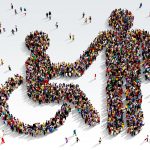 Climate change is a public health crisis: a look into the Pacific Northwest heatwave
3 comments