On August 9, the 2021 Intergovernmental Panel on Climate Change (IPCC) Sixth Assessment Report made public what many had feared. Global temperature warming to 1.5 C is all but inevitable by 2040 — even by the most optimistic scenarios — unless radically drastic steps are taken to end the use of fossil fuels.

Severe weather events such as California wildfires and Atlantic hurricanes of the past few years attest to why climate change is not a distant specter but a sobering reality for millions today.

In addition to mass physical destruction and displacement, climate change has significant mental health implications. The new report has likely only furthered the fatalism or hopelessness that many experience.

A survey of the IPCC scientists themselves found that 61 percent experienced “anxiety, grief or other distress because of concerns over climate change.” Ecological distress, particularly in children and adolescents, can be severely detrimental to social development.

It has been shown that climate-associated distress “cumulatively increase psychopathology risk from conception onward.” And a new survey of ten thousand 16-25-year-olds found that 60 percent are “very worried” or “extremely worried” about climate change.

To classify or not?

In recent years, physician-led groups, such as Climate Psychiatry Alliance, have assumed the mantle of addressing the mental health effects of climate change through education and advocacy initiatives. Shortly after the IPCC report was released, the UCSF Climate Change & Mental Health Task Force held a virtual grand rounds presentation entitled “Sizzling Hot: Practical and Advocacy Implications for Health Care Providers,” which outlined levels of intervention — both at individual and systems levels — on caring for patients susceptible to extreme temperatures.

Among the ongoing policy goals mentioned is the creation of International Classification of Disease (ICD) codes for mental health conditions caused by climate change to aid in public health data collection. As none currently exist, it is worthwhile to explore how that feat would play out. Creating a cohesive diagnostic category for eventual inclusion in the DSM would likely be messy as it is a multi-prong issue.

Climate distress can be thought of as not simply traumatization from natural disasters but also distress from subacute effects (drought), chronic effects (rising sea levels) and, of course, direct effects on mental health (“eco-anxiety“).

A formal, billable ICD code could backfire too. It may result in medicalizing a condition primarily driven by social factors and refocusing efforts toward addressing individual behaviors at the expense of structural solutions. Also, incorporating such coding into existing value-based payment penalty schemes without proper risk adjustment could deter providers from taking care of systemically disadvantaged groups that most bear the brunt of the climate crisis.

A place for Z codes

But at the end of the ICD list lies a palatable alternative. Z codes are a special group of codes that can be used for “persons with potential health hazards related to socioeconomic and psychosocial circumstances.” Such patients may or may not have a principal medical diagnosis, and the purpose of the Z code is to help contextualize the reason for the encounter.

Each Z# heading has subcategories, though attempting to map all the pillars of climate distress onto them is challenging. Z65.5 “Exposure to disaster, war and other hostilities” would only cover natural disasters.

Documenting Z codes, when applicable, could yield rich data on which populations disproportionately bear the greatest burden of ill health due to climate change (e.g., women and Indigenous populations) along with the specific ways in which they are affected. Then, care coordination and social support services can be appropriately directed where needed.

Yet, important considerations still arise. First, Z codes are not tied to billing (for good reason). And so, physicians are far less likely to use them.

In 2019, less than 2 percent of Medicare beneficiaries had claims with any Z code at all, so adding more to the mix without another incentive may not be fruitful. Second, commercial insurance companies and hospital corporations have already begun co-opting the language of SDoH to give the illusion that they care about people’s health across their lifespan. These vital metrics must be collected spatiotemporally on the population health level, not just within certain insurance pools and narrow periods.

Given the recent associations between extreme weather events and psychiatric emergencies, as well as the potential for climate catastrophe to exacerbate health outcomes for those with pre-existing mental illness, the causal mechanisms at hand are complex. Widespread implementation of Z codes would help in identifying such links, create an avenue for meeting upstream social needs and ultimately carve out an important step in addressing the mental health sequelae of climate change.

Rishab Chawla is a medical student.

What change are you resisting? What should you deliberately practice?

What I learned about medicine in the House of Pain 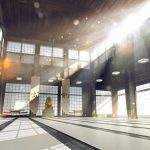