A disability tax is the additional expense people with disabilities pay in society for accommodations that people who are able-bodied do not need, whose impact is often capitalized on top of the inability to perform at the level required by potential employers.

The disability tax is a term likely well-known to people with disabilities, both visible and invisible, even if it hasn’t formally been defined yet. According the CDC, 61 million Americans, or roughly one-in-four Americans, have a type of disability. While the Americans with Disabilities Act of 1990 made substantial strides in societal consideration of the needs of people with disabilities, the looming climate crisis and disappearing social safety net set in motion under the Trump administration present yet another upcoming battle to ensuring equity for the disadvantaged.

We often take good health for granted—we are all healthy, until we’re not. The truth is, anyone can develop a disability at any time, and the odds of that happening are influenced both by our lifestyle and by risk factors that are often out of our hands—inherited genetics, where we were born, and even the zip code we live in, which have an outsized effect on health outcomes. These factors have an even more magnified impact if you are houseless, part of the Black, Indigenous, and people of color (BIPOC) community, or part of the LGBTQI+ community, and any resultant intersection. Given this, it is astounding that as a society in a country as developed as America, we have not yet come up with more robust protections for this eventuality. In contrast, we have made life for our fellow Americans harder, starting with our health care system and extending all the way to how our suburbs are still designed.

As a medical student, it is clear enough to me the ways we have failed our patients. Just look at the pricing of prescription drugs in America—one of the only, if not the only, developed country where the system allows prescription drug prices to soar out of control. We instead ascribe to the quaint idea that we have a free-market system and that the unfettered free-market with relatively few regulations is the way to lower prices, a tried-and-failed tactic whose evidence sprawls over the immensely complicated, tangled web of price opacity linked to pharmacy benefit managers (PBMs), insurance companies, and drug companies. Both these notions have been totally debunked. While America may lead in innovation, it lags in humanity in making its products affordable enough for its vulnerable population to access (see: insulin, EpiPens, Zulresso for postpartum depression). If you are unfortunate enough to be diagnosed with a disability in America, you pay the disability tax in paying for your prescription medications—your money, or your life, because hospitals and drug companies and insurance companies alike all say the same line so famously written by Dr. Marty Makary in his book The Price We Pay: “We can charge [them] as much as we want—there’s no law that says we can’t.”

As a human being, I see the disability tax wrapped up in the very fabric of the way we live our lives as consumers. The college student with Ehlers-Danlos syndrome pays a hundred more dollars per month for her room in her house—because it has an attached bathroom and the only one that is downstairs, and she can’t climb the stairs after a long day. The man with paraplegia pays thousands of dollars to alter his van with a ramp so he can get to work on time because the city transport bus is constantly late, and his boss is threatening to fire him. The woman with rheumatoid arthritis can only work part-time at her job due to her pain, but she can’t find a second job to help pay for her medication because then she’ll lose her disability payment. The blind young man can’t catch an Uber because the drivers keep rejecting him due to his service dog, so he has to hire a permanent driver (see: Buzzfeed ride-share face mask rejection article comments). You have a disability? Pay the tax to live life as normal, even if your definition of normal is nowhere near the standard.

With the climate crisis just over the horizon, things only stand to get worse. Already, the public safety power shut-offs instituted by PG&E in California in 2019 due to the out-of-control wildfires have been accused of harming people dependent on electricity for their health needs. Floods, heat domes, increasingly active storm seasons, and more all pose greater health and safety risks to people with disabilities. The moment we’re counting on to make things tenable for people whose lives are already more difficult than we can imagine has come.

Some may say that we all come into this world with our own luck, and if we end up having to endure a disability, then other people in society should not be held financially responsible. To that I say, do we not have a moral imperative to ensure that we create a society that we would be proud to live in? Humankind has only come so far on the basis of cooperation, trust, and looking after each other. We can’t just abdicate our responsibilities in the face of selfishness, or because it feels easier. United we stand, divided we fall. I would hope that if one day you find yourself a victim of fate, someone extends a hand to you in your time of need. Because we’re all healthy—only until we’re not.

In the words of late Congressman and iconic civil rights activist John Lewis, let’s make some good trouble, and elect people with our values and the ideals to the legislatures of our country to carry out a mission to promote equity for people with disabilities and eradicate the disability tax, before it’s too late.

Shreya Kumar is a medical student.

Climate change is a public health crisis: a look into the Pacific Northwest heatwave 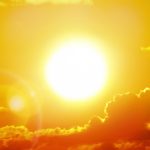 How to convince your health care colleagues to get vaccinated [PODCAST] 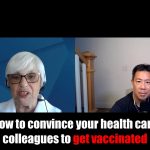