I am a second-year medical student at the University of Texas Medical Branch (UTMB) in Galveston, Texas. In 2018, I graduated from Westwood High School in Austin, Texas. My experience at Westwood was harder than my first year of medical school at UTMB. I wrote this piece to provide some context to students like myself who struggled or are struggling with public school in Texas.

When I was 17 years old, I received conditional acceptance to medical school. As a high school senior, I applied to a 7-year combined BS/MD program with the University of Houston and two University of Texas medical schools. After three rounds of applications and two medical school interviews, the program offered me a guaranteed spot at one of the two medical schools as long as I met certain GPA and Medical College Admission Test (MCAT) requirements. In my program, out of the eight students from the entire U.S., three of us were from Westwood.

My family moved from Lake Tapps, Washington to Austin, Texas in 2009 to be closer to relatives. Of all the cities in Texas, Austin caught my parents’ attention because of the quality of its public education system. I attended Laurel Mountain Elementary School for 4th and 5th grade before attending Canyon Vista Middle School. When I subsequently started at Westwood, I followed in my older sister’s footsteps and enrolled in the International Baccalaureate Diploma Programme. I played on the varsity tennis team and was team captain my senior year.

Commonly known as “Stress-wood” to students, Westwood is an academic powerhouse. Though I say this, it’s hard to gauge how “competitive” or “hard” a school truly is. Each school has different GPA scales, ranking systems, and Advanced Placement (AP), International Baccalaureate (IB), and dual-credit courses. One imperfect way to quantify a school’s competitiveness is to look at the number of National Merit semifinalists produced relative to the student body population. High school students take the Preliminary SAT/National Merit Scholarship Qualifying Test (PSAT/NMSQT®) each year. The National Merit Scholarship Corporation selects semifinalists based on the highest scoring students in each state. Texas has one of the highest cutoff scores. My graduating class at Westwood had 63 semifinalists out of approximately 650 students, accounting for 70 percent of the National Merit semifinalists in my school district that included six other high schools. Only a few other schools in Texas boast similar stats, including Plano West Senior High School and the Texas Academy of Mathematics and Science (TAMS). (Unsurprisingly, a number of students in my BS/MD program also came from Plano West and TAMS.)

I missed the cutoff by one point. I wasn’t included in the 63 National Merit semifinalists from my year. Still, on paper, I was a successful student. I graduated in the Top 10 percent from Westwood, received an IB diploma, and entered college with 69 credit hours from my AP and IB tests. Westwood prepared me well for college and medical school. At the time, I didn’t fully realize how rigorous and competitive my high school was compared to other schools. For example, I’m one of a few medical students at UTMB who learned organic chemistry in high school. However, I still struggled a lot in high school. I dealt with imposter syndrome and stress that gave me insomnia and gray hairs. The quality of education at Westwood was stellar, but at what cost? During the weeks of AP and IB exams, my classmates and I would write so much that it felt like our hands were going to fall off. It was common for students to use ADHD medications to focus and benzodiazepines to relieve test anxiety. Two of my classmates committed suicide.

Now, as a second-year medical student, I want younger high school students and their families to know this: It gets better. High school was one of my most challenging experiences. It was brutal. There’s no other way to describe it. Still, I’m grateful for my education at Westwood because it helped me build resilience and good habits. I took to heart my pre-calculus teacher’s motto: Think smarter, not harder!

I wish someone had told me it gets better. I finished college in 2.5 years. I drove 9,000 miles across the U.S. on a road trip with my best friend in our gap semester before medical school. I believe it’s important to provide my personal perspective to younger students and their families so that they don’t feel lost in their own journeys. I encourage students to lean into the challenges they face. Seek out discomfort, but still show yourself grace.

What a lifetime of gaslighting by other doctors feels like [PODCAST]

Breast implant illness: It's not all in your head 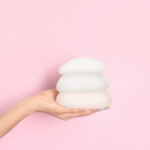