I am a few days away from graduating medical school. Throughout these four years, I have given back to my medical school by passing on the knowledge and wisdom I have accumulated. I share my reflection on the importance of having medical school mentorship and teaching not just from interns, residents, fellows, and attending physicians, but from medical students themselves.

As first-year medical students, (almost) all of us are overwhelmed by the sheer amount of material. Often, we are too caught up with the little details, and we barely have time to ponder why we need to know the anatomy or physiology and how it applies to being a good doctor. Too often as MS1s, we struggle — either alone or with other MS1 classmates. We could ask the MS2s for advice, but often, they are too busy themselves learning pathophysiology. The MS3s are too busy in clinical rotations, and the MS4s are already gone either on interviews and vacations. Plus, these upperclassmen are too far removed from basic sciences, anyway.

I decided that I wanted to teach as a second-year medical student. At my medical school, we have an “anatomy buddies” tradition, where a group of six to eight MS2s voluntarily reviewed the week’s lectures and dissections in the afternoon for any MS1s who wanted to come listen and learn. These took place from August through December only, as MS2s begin their clinical rotations the following January. However, during these short five months, I was able to interact with several MS1s, and I made sure to not just give advice on how to best memorize anatomy but to get through the other coursework as well. After all, I had just been through it less than a year ago, and things that were difficult for me, I could remember how I learned them best and try to simplify them so the first year student could comprehend more easily.

Clinical rotations were busy, but because I had established good connections with several MS1s, I would continue to give advice to those who sought it from me. When I finished most of my core rotations by January of my MS3 year, I had more free time. I decided I would once again give back by becoming a head and neck anatomy teaching assistant (TA) in the early spring followed by neuroanatomy TA in the late spring, two historically daunting courses for MS1s. I specifically recalled having good student TAs for both of these courses when I was an MS1, and I wanted to carry it forward. I enjoyed relooking at these basic science lectures, pointing out the most important facts they needed to know for the exams, what to remember for Step 1 (which I had just taken very recently), and what to hold on to for clinical rotations. The MS1s very much appreciated an MS3 willing to work with them and become a part of their medical school education. They were not timid when asking me simple questions because I was more close to their level of training compared to the seasoned professors. It brought me joy to see MS1s go from a murky understanding of a topic to having a better grasp after my explanations, to see them perk up interest when I would share a story I saw from a clinical rotation that was related to the teaching point.

First, as health care providers, we are always going to be involved in teaching: the patients, their family members, and the next generation of health care providers. The best way to become a good teacher is to start early, and what better way is there to begin teaching while being a student? Teaching goes both ways; the teacher can always learn something from the student. During the molding years of a medical student, the medical student who teaches can adjust and gain confidence with teaching while learning how to teach the fellow medical student.

Second, after several clinical rotations, the joy and excitement of being a medical student can wane. Talking to first-year medical students, still intrigued about learning pathology and pathophysiology, can often bring back the contagious enthusiasm in seasoned medical students the passion they once had just a short time ago at the start of their journeys. Their questions would motivate me once more to continue learning so I could try to answer them.

Third, networking always has its benefits, several months and years down the road. As medical students evolve into residents and attendings in different fields, a connection will always exist between old mentors and mentees. This happened when I ended up working on a research project with students I had previously mentored; it helped the teamwork go quite smoothly. We never know when we would need to call upon the guidance, assistance, and wisdom of another physician and possibly former student, and the request is more easily successful when the previous relationship existed.

With this system, ideally enough MS1s are convinced that they learn more effectively through the guidance of upperclassmen, and when they become upperclassmen themselves, the cycle repeats, promoting this culture of medical school peer education. 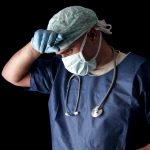 The epidemic of violence against health care workers 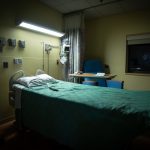