Much of the conversation around voting in the primaries and general election has focused on the safety and feasibility of mail-in voting, yet we must also protect the millions of Americans who vote in-person during these elections. While we encourage people to vote by mail in the general election, we expect that millions of Americans will vote in-person. Helping these people do so as safely as possible is a pertinent public health issue and one in which health care students and professionals can play a vital role by working at polls on election day.

Rather than ask elderly poll workers to risk their health on election day, medical professionals and students can volunteer to work at polling locations. Health care professionals and students tend to be in a lower-risk population and are also well-versed in the public health practices critical to safely conducting an election during the pandemic.

Even a modest volunteer effort among students and professionals could have a sizable impact on the safety and feasibility of in-person voting on election day. If only five students from every medical school in the country worked at a polling location, then we would add nearly 1,000 polling workers. And if a comparable number of nursing students from every nursing school also volunteered, then the total number would be nearly 10,000. Given that there were more than 200,000 polling locations and 600,000 poll workers in the 2018 general election, adding 10,000 poll workers might prevent hundreds or thousands of polling locations from closing. Additionally, poll closures seem to have often disproportionately affected communities of color and low-income communities, and thus preventing closures protects the rights of disenfranchised communities.

As health care workers, our care for our patients extends beyond the walls of the hospital and the clinic and into the everyday, whether it’s encouraging patients to use seatbelts or to wear bike helmets. When it comes to voting in the upcoming general election, the logic is no different: as poll workers, we can use our medical expertise and health to help our patients and communities be as safe as possible when we exercise our constitutional right to vote. Let’s rise to the occasion on Election Day to protect our patients and the integrity of our democracy.

Rob Palmer, Isaac Freedman, and Josh Hyman are medical students. They are affiliated with Med Out the Vote.

A no visitors policy at your facility? Here are 4 crucial tips. 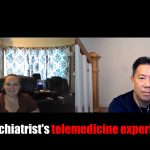