Death is a topic that most people try to avoid. Death by suicide is also something that that remains rarely discussed. This is probably because suicide is scary, particularly if we have thoughts of being the loved one left behind. People considering suicide don’t take the time to let people know that they are considering suicide; they tend to keep all these things bottled up to themselves.

As one writer explained, “when your entire spirit has reached the most extreme of lows, no one is able to love you out of that valley.”

The recent suicides of Chelsea Kryst, former Miss USA, and Ian Alexander Jr., actress Regina King’s son, were a shock to many individuals, especially the African American community. It had long been assumed that African Americans did not commit suicide.

The numbers, however, tell a different story. Both Kryst and Alexander struggled with mental health issues. Then there are others that we don’t know who are struggling with mental illnesses, such as the recent death of Miss Alabama 2021 Zoe Sozo Bethel, who reportedly fell out of a third-floor window in Miami after taking an unknown amount of narcotics. This young African American woman was becoming very successful, and suicide was not something that her family was expecting.

Adverse childhood experiences are beginning to be higher and higher in the African American communities, which can later cause a continuous increase in suicide rates. Within the current pandemic alone, there have been studies of suicide deaths by race, and it was found that suicide among white residents decreased by 45 percent during early 2020, while suicide among African American residents increased by 94 percent in early 2020.

In order to reduce these rates, let’s gain the “buy-in” from the community. Focus groups can be beneficial. It allows the individuals or families in communities of color to discuss what their mental health needs are and how to work together as a community to provide the resources needed.

According to the Health and Human Services Office of Minority Health, African Americans in the United States are more likely than whites adults to report when they are having depressive symptoms such as sadness and hopelessness.

But although they recognize it as a need, only one in three African American adults who need mental health care will receive it.

According to the American Psychiatric Association’s Mental Health Facts for African Americans guide, African American adults are also less likely to receive consistent care and prefer to go to an emergency department to seek care rather than a long-term mental health specialist.

If someone is seeking help, there are several therapies available, including individual counseling and group services.

Unfortunately, there are some communities that lack mental health resources and sadly those individuals may go without services. Some do what’s needed to better themselves in their time of need, and others will brush it off and give up after not being able to find help in their communities.

There have been messages circulating in the African American community about being “strong” and “superwoman,” which have resulted in some keeping their problems to themselves. Such as the Sisterella complex, which describes a black woman who is a hard worker who prioritizes the needs of others but deep inside, she suffers in silence. This only compounds the problem as her legitimate mental health needs go undiagnosed and untreated.

It’s now time for mental health issues to be addressed head-on in African American communities. The best way to begin to accomplish this is through education. Youth need to be educated on what the different mental health illnesses are and how to notice the signs or symptoms. A mental health curriculum is needed to be incorporated into every high school in order for youth to receive psychoeducation on mental health.

Mental health curricula within schools can help to de-stigmatize mental health services in communities of color. Minorities have a greater risk for mental health disorders later on in their adult life than those of the non-Latino white populations. Education needs to start before adulthood.

Mental health services in minority communities are often viewed as a weakness. Much of the pushback comes from believing that seeking mental health treatment is correlated with “it’s something wrong with me?” One way to counter the pushback is to utilize more persons of color in the mental health world. People of color often want to work with others that look like them. Providing therapeutic services early in their education with diverse practitioners can help with their comfort level.

Mental health has become more relevant and a prominent issue due to the current COVID-19 pandemic. In African American communities, there is a realization that individuals 30-years old or younger are at risk. Hopefully, through education and greater access, we can reduce the number of lives ending through suicide.

Lashawnda Thornton is a social worker.

Will Smith's slap is a trauma response 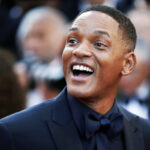 The power of online physician platforms