It may be a long while since you’ve heard of a very small infant being found dead in the crib.

As a young doctor, I recall the encounters on cold February nights with devastated young parents. Pale ice-cold infants in the emergency department, who were beyond resuscitation.

Police officers asking horrible questions, and no answer — baby had a cold — what baby didn’t in February?. Most of these innocents were between 2 and 6 months. Autopsy to follow.

Nothing turned up, no matter how many times this was done.

While the term “crib death” goes back many centuries, SIDS, or Sudden Infant Death Syndrome, was the sanitized term we used in our medical notes.

I recall the tragedy as parents were subjected to police questioning. I also recall a pathologist telling me that, “These parents are killing their kids.”

There was always that question as to whether we were missing something?

A second and even a third  SIDS death in one family gave us no further insight into the cause of this syndrome- and charges were sometimes brought against mothers and fathers to compound their grief.

Munchausen syndrome by proxy was popular, and admissions for “Near miss SIDS’” became commonplace. These were infants discovered blue, or not breathing in their cribs, but still alive.

Not much thought was given that risk factors existed in these families, which usually persisted after an infant’s death.

So, before we go into these risk factors, let’s look at the criteria used for diagnosis of SIDS:

So, of course, this was a process of elimination.

But these descriptors of unexplained infant death go back to Biblical times: “And this woman’s child died in the night because she overlaid it” (1 Kings 3:19).

So this brings in the issue of bedsharing as a cause of unexpected infant death. While in some of these infants bedsharing was a factor, most occurred in a crib.

The term SIDS was not coined until 1971. At that time, it was given its own International Classification of Diseases code, ICD 798.0.

With a lot of challenges and very little evidence, we went after risk factors.

A risk factor is a variable associated with an increased risk of developing a certain disease. In other words, rather than it being the known cause of a disease, it merely increases the chance of developing a disease.

So what were the risk factors for SIDS?

While the first red flag on prone sleeping came in 1944, prone sleeping was still advised by public health authorities until the late 1980s. Could it be that simple?

The Back to Sleep campaigns of the early 1990s led to a 70 to 80 percent reduction in SIDS. There has now been little or no reduction since 2006.

The logic for prone sleeping had been to prevent aspiration (choking) on infant vomitus. Sure, babies puke all the time. But virtually no autopsy concluded that this (aspiration) was a cause of death in SIDS infants.

So was SIDS just a single mechanism? Maybe not, but more than half of these infants were probably suffocating, with oxygen deprivation and buildup of carbon dioxide in their airways.

Safe sleep campaigns, or Back to Sleep, were developed in the 1990s, dispensing the following advice:

Avoidance of second hand smoke should be obvious to new parents, coupled with the reassurance that breast feeding reduces the incidence of SIDS. However, breastfeeding increases co-sleeping incidence, which needs to be carefully monitored.

Put simply, these deaths are likely a failure of auto-resuscitation in susceptible infants, wherein the automatic arousal system fails to switch on, and breathing ceases.

Vaccination, on the other hand has no causal association with SIDS.

Along the way, many millions of research dollars were consumed to pursue a cause for this tragic phenomenon of infant demise.

The medical profession, logically pursued a medical cause for all of this. There were, of course, leads.

So it was largely based on these medical theories that the research money was spent.

The back to sleep campaign was so cheap, and so effective!

Of the 4,000 infant deaths in the U.S. per year, about half are SIDS. Clearly, an infant can die of known causes, but there is more work to be done in the realm of SIDS.

6 unconscious biases against vitamins and supplements 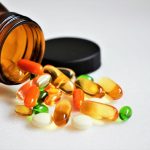 Zoom is foie gras of the brain [PODCAST] 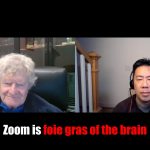