The WHO’s recent announcement of multi-drug resistant strains of gonorrhea raises the specter of a worldwide SuperClap Attack that even the Avengers couldn’t foil. It also comes as yet another ominous reminder of the perils of rampant and indiscriminate antibiotic use.

There’s plenty of blame to spread around. True, here in the U.S., consumers can’t buy antibiotics over the counter, but that hasn’t kept physicians and other providers from over-prescribing them with a casual “more-is-more,” “just-in-case” philosophy. As an internist colleague once warned me, facetiously, with furrowed brow, “We’re seeing a lot of azithromycin-resistant rhinoviruses out there.”

In their new book, Deadliest Enemy: Our War Against Killer Germs, Michael Osterholm and Mark Olshaker catalog the myriad ways in which infective agents like viruses and bacteria are threatening to out-evolve us. Osterholm is an internationally renowned epidemiologist and director of the Center for Infectious Disease Research and Policy (CIDRAP) at the University of Minnesota. Olshaker is an Emmy Award-winning documentary filmmaker and a multi-book author with an expertise in public health information and medical crisis management.

Public health has come a long way since the likes of the Jamestown settlement, where colonists unwittingly drank well and river water contaminated by their own waste, leading to recurrent outbreaks of dysentery.  But in today’s highly populated, highly mobile modern world, our infective enemies tell us they’re coming along rather nicely, thank you. Like Neisseria gonorrhea, they’ve gotten “smarter” too.

In a chapter titled “Fighting the Resistance,” Osterholm and Olshaker raise the question of whether physicians have proven themselves unworthy stewards of this sacred, life-saving therapy. What if only infectious disease specialists were allowed to prescribe antibiotics?

Sounds reasonable — a serious approach to a serious problem — but it’s not so easily done, says Dr. Brad Spellberg, a professor at the Keck School of Medicine at University of Southern California and an expert on antibiotic resistance. “I’ve lost count of the number of people I’ve talked to who either run or are involved in [antibiotic] stewardship programs at hospitals, who say, ‘We’d love to do restriction programs, but we can’t because the docs just won’t tolerate it,’” Spellberg told the authors.

And here’s where Spellberg applies the naloxone, a wake-up call to our drug-induced slumber.

“Then why are we asking them? The fundamental concept here is that if antibiotics are a societal trust — if my use affects your ability to use them, and then your use affects my grandkids’ ability to use them — why are we allowing people [doctors, etc.] to choose? We recognize in society that individual autonomy extends only up to the point that you begin to affect others.”

Providers have heard the message of antibiotic overuse and resistance over and over, but little has changed, and the stakes keep getting higher. Is it time for us physicians to hand over the antibiotic prescription pad? As my wife and I told our kids when they were young, “If you can’t discipline yourselves, we’ll have to do it for you.” 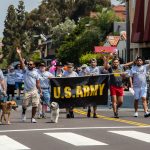 How to game medical coding isn't why I became a doctor 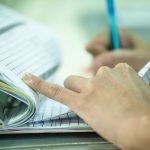 Should only infectious disease specialists be allowed to prescribe antibiotics?
39 comments