Every morning when I turn on the local Philadelphia TV news to hear the weather report, I also hear about the shootings that have occurred. This morning I heard that a 66-year-old man was shot while driving past his old high school. A fight had broken out between teenagers, a gun was pulled, and he was shot in the head.

The reporters sound concerned, sad, and even outraged. I thought that the number of killings was unprecedented. But the data for gun deaths in Philadelphia for the last thirty years has steadily been 300-400 deaths a year. During the pandemic, when everyone was at home and stressed, gun deaths did increase.

I am telling you this because I think that we can blame the continuing deaths on a 2008 Supreme Court decision.

The Second Amendment says that “a well-regulated Militia, being necessary to the security of a free State, the right of the people to keep and bear Arms, shall not be infringed.” The people doing the killings are not members of a well-regulated militia. However, in 2008, the Court ruled that an individual’s right to keep and bear arms is unconnected with service in a militia and is protected by the Second Amendment. The District of Columbia had banned handguns and required that rifles and shotguns be kept unloaded and disassembled or bound by a trigger lock. I thought that the rules were common sense, but the Court said that these provisions violated the Second Amendment. They did not apply common sense that would have decreased gun deaths. Their decision did not increase gun violence; they just prevented us from decreasing it.

I am only a doctor, not a lawyer, so I will readily admit that the Justices know more about constitutional law than I do. But I know something about dying and maiming. People who are murdered by guns are dead, and dead lasts forever. Suicide by gun is an everlasting tragedy. People who are shot in the spinal column are paralyzed, and paralysis lasts forever. Families of the dead victims live with their grief forever. The suffering caused by guns lasts forever.

The Bill of Rights, which contains the Second Amendment, was adopted in 1791. A typical musket that year had a one-round magazine. A skilled user could fire at most three rounds per minute. Two hundred and thirty years later, we have much better guns. They are more accurate and can fire repeated shots much faster. They are much more efficient in killing and maiming. The Court is parsing a 230-year-old document to support killing and maiming. What has happened to their common sense?

I am emphasizing the role of the Supreme Court, but I know that there are other forces at play here too. But focusing on the Supreme Court is one way to cut out a lot of extraneous moralizing about the many factors in society that lead to gun violence. The moralizing often results in a blame-the-wrong-perpetrators game. We shake our heads over the failings of the type of people who would carry out these crimes. But we fail to blame the Supreme Court for contributing to the problem. That is why, every morning, when I hear about the latest shooting, I say it is another Supreme Court murder.

It is time for Supreme Court justices to use their common sense to help stem gun deaths.

The blueprint for a Gold Medal Health Care System 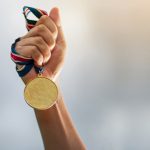 A pregnant mother dies of COVID