The vitriol that characterizes discussions about vaccines, masking, and school policies has been deeply disturbing. I am a physician who is concerned about COVID. At first, I thought that everyone would want to be vaccinated. I thought that the pandemic would cause everyone to isolate and socially distance to protect themselves, their families, and their communities. Now we know it did not turn out that way. As I reflect on it, I think that we should not be surprised. Our history should have prepared us for a cynical lack of unity and resolve. Our response to the COVID crisis has uncovered the ugly history that has led to our current crisis.

In World War II, my dad and many other of our dads, uncles, and grandfathers went to war. They fought willingly to protect the United States and to preserve democracy and the American way of life. But, in the 60s, I rushed to be in the public health service so that I would not be drafted to go to Vietnam. I felt that it was an immoral, pointless war, one that was not worth dying for. Many others of my generation felt the same way, but others felt that going to war was patriotic. Vietnam was the start of the great divide. After the war, we had runaway inflation, a junk bond crisis, a savings and loan crisis, a dot com bust, and stagnation of wages.  The economic inequality between the one percent and ninety-nine percent became ever wider, breeding resentment and anger. The result was that a large segment now felt that their country had changed. Their needs were no longer being prioritized by the leaders of government, science, and medicine.

By the time we had the Bush-Cheney wars of the 2000s, our military was all volunteer. That is a euphemism for describing a professional army made up of people who are not like me. I am a coastal resident, a professional, a graduate of an Ivy League university with an income well above the median. My retirement savings increased during the pandemic while others saw economic catastrophe. We should not be surprised when people like me are not believed when advocating for vaccines, masks, and public health. We think that we are talking about science. We think that the people on the other side are dumb if they are not convinced when we show them statistics and graphs. (They have not been convinced by statistics and graphs.)

Of course, the more we treat them as dumb, the deeper the divide becomes.  The vaccine deniers and the public health resisters are responding based on the history that has placed them on the wrong side of the economic divide for the last fifty years. They have been primed not to believe us because they do not identify us as belonging to the same country as them. It has not helped that there are scurrilous politicians who are whipping up their anger and resentment. And it has also not helped that there are doctors and nurses who have promulgated falsehoods in support of people who wish to resist national calls for anti-COVID action.

How far we have come from World War II! The pandemic became a partisan struggle that pulls us apart. What is to be done? I have an answer that isn’t very sexy, and I don’t know if it will happen, but I do not see any other way.

I am hoping for a utopian change in how we deal with one another. After more than 650,000 deaths, and many more severely ill people hospitalized, everyone will realize that we have a problem. Neighbors will tell their neighbors that vaccines, masks, and other public health measures are necessary. They will tell them to do it to protect one another. Do it, not just for yourself but also to protect your family and your community. Those who have been vaccinated will tell their neighbors that it is not just OK to be vaccinated, but if they are not vaccinated, they are causing sickness to spread in their own communities.  The personal stories told by people who recover and people whose loved ones have died will convince people to be vaccinated. Personal stories will have more effect than statistics.

We will overcome the cynicism and distrust of the last fifty years. When this happens, the politicians, the podcasters, and the media talking heads will read the polls and see that their community is shifting, and they will shift with it. We will finally come out the other side of the pandemic with the sort of communal spirit that our parents and grandparents had in World War II.

I hope that this utopian fantasy will happen because it must happen. Otherwise, the unvaccinated and unmasked will spread the virus, incubate more mutant strains, and kill more people. And if we do not achieve this utopian vision, then there is no chance that we will be able to overcome all the other problems, too many to list here, that face our society. 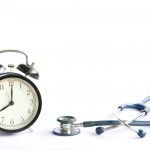 If businesses can mandate vaccines, they should mandate affordable health care, too 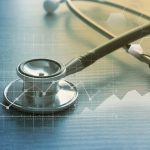