The German Baron Karl Friedrich Von Munchausen (1720-1797) was famous for his tall tales. Returning from the war, he described himself riding on a cannonball and even reaching the moon.  Stories were compiled about the Baron and his adventures in fantasy land. Books and more than one movie were produced describing these tales.

However, it’s the medicalization of his name that has made him famous (?infamous) in the English speaking world and beyond.

In 1951, Dr. Richard Asher, an English physician, published an article in The Lancet ( respected surgical journal), describing a male patient with multiple visits to the hospital, presenting with factitious(fake) symptoms. The patient had been to various other hospitals and had multiple abdominal scars. Symptoms were noted to be fabricated, and no diagnosis was ever forthcoming.

Asher chose to label such hypochondriacal patients as suffering from Munchausen’s Syndrome, perhaps based on his literary exposure to the Baron’s tales.

These unfortunate patients did not have other motives in presenting to the hospital but were obsessed with falsehoods, including false names and addresses.

Perhaps the same patients had a psychiatric disorder? Needing to be the center of attention? It sounds like a painful way to gain attention!

Fast forward to 1977, and  Dr. Roy Meadow, another British physician (a pediatrician this time), describes in The Lancet a new syndrome of factitious illnesses reported by caregivers. This was given the name of Munchausen’s Syndrome by proxy.

Fake illnesses were being reported, mainly by mothers, describing symptoms and events in their children that were non-existent.

I had just commenced my pediatric training when Dr. Meadow’s syndrome was reported in The Lancet. It seemed fantastical that anyone, let alone a loving mother, would invent or reproduce illness symptoms in their fragile child.  What could the possible motive be?

Dr. Meadow saw this as being on the spectrum of child abuse. (Yes, some parents were, and still are, harming their own children.) His reputation was impeccable. This syndrome became part of our differential diagnosis in any case where the story did not make sense, or we were unable to corroborate the clinical picture with a known diagnosis.

Such was the depth of research that the condition was also named Meadow Syndrome.

Cases began to appear quite commonly. If a child had a dramatic story, but tests and observations in the hospital were inconclusive, it was not unusual to see the final diagnosis being suspected Munchausen’s by proxy.

I had difficulty with this label initially, just like I have never believed that people invent pain.

But more and more in the literature, proven cases of MBP began to appear.

A mother in the U.K. admitted to adding sugar to her child’s urine sample, thereby providing evidence of factitious diabetes. Why? She said she was not being taken seriously by doctors.

A woman in Ontario was videotaped putting a pillow over her daughter’s face in the hospital room, and calling the nurses to resuscitate her. (The infant had been admitted to the hospital with blue spells.)

So why were people doing this, and how common was it?

The Cleveland Clinic reported this syndrome to have an incidence of one percent of hospitalized children.

We now had to be suspicious of many cases, and the diagnosis became fashionable, in my opinion.

Although evidence was gathered in a few cases, the diagnosis was controversial at best.  Psychiatrists claimed that the mothers sought a reparative relationship, as they were not valued in the current home. They had “borderline personalities”  and were compensating by seeking mother of the year awards for their advocacy on behalf of their vulnerable child.

Unfortunately, this diagnosis became too fashionable. Every medical student rotating through the pediatric ward was told to consider the possibility of MBP: After all, child abuse does happen.

Over the next 25 years, thousands of mothers who seemed to fit MBP’s profile were removed from the home.

Dr. Meadow had laid down criteria in the U.K. for diagnostic suspicion:

In 1998, Dr. Meadow published a series of MBP perpetrated by men. Prior experience had all involved only mothers or female caregivers. However, the caregiver roles in society had altered from 1977-1998, with more fathers involved in stay at home roles, which I believe to be the main factor in this observation.

However, Dr. Meadow noted that juries were not as sympathetic to the male perpetrator, and stiff prison sentences were given for factitious claims, where the same presentation in women was seen as a “cry for help.”

In 1998, Dr. Meadow was knighted by the Queen for his work in child welfare.

Time was moving on, and 2 areas of pediatric medicine  were troubling us:

1. Survival of very premature infants ( as a result of improved medical technology) created a population of high-risk infants after discharge from hospital. These infants had a SIDS rate 10  times that of term infants.

2. Countless millions of dollars spent on research of Crib Death (SIDS) had not identified a cause for the unexplained death of otherwise well infants. We still don’t know the underlying cause of SIDS.

Parents, usually mothers, were being tried for the murder of their SIDS babies. Dr. Meadow famously wrote:

To lose one baby to SIDS is tragic.

To lose two babies to SIDS is suspicious.

To lose 3 babies to SIDS is murder.

Clark was a lawyer who had spent 2 years in prison, convicted of the “murder” of her 2 SIDS infants, aged 8 and 11 weeks. The conviction was largely secured on the evidence of Dr. Meadow. She won an appeal against her conviction in 2002 and was released to pose a challenge to Dr. Meadow’s evidence.

Simultaneously, another woman, Trupti Patel, a pharmacist, was released in similar circumstances, and soon 30 others who had been serving life sentences for infanticide were reviewed and overturned.

The press had a hay day for months and months.

In 2005, Dr. Meadow was brought before the General Medical Council and struck from the medical register. He had provided false evidence and misled counsel.

I ask myself, had these two women not been professionals-perhaps stay home mother, or minimum wage worker, would the system have responded to their cries for help?

Sally Clark never got over this and died a young death in 2007 from alcohol poisoning.

My own belief is that sometimes very famous people become encapsulated in their own work and tried to fit everything else into that mold.

One needs to be very careful in ascribing these diagnoses, and some proof would go a long way.

COVID-19 stands on the shoulders of giants

Reflecting on the advice of a revered physician counsellor 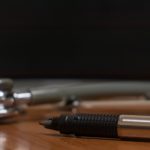