An excerpt from The Medical Marijuana Guide: Cannabis and Your Health.

Despite the fact that the U.S. Department of Health and Human Services applied for a patent on cannabinoids as neuroprotectants and antioxidants in 1999 and was granted that patent in 2003, cannabis is still Schedule I. This means it is deemed to be of no medical value and has a high potential for abuse.  For this reason, medical providers in states with medical cannabis programs were and still are unable to write prescriptions. Instead, “recommendations” were made to patients that cannabis “might be beneficial” in alleviating certain symptoms.

The government’s view is that all of the cannabinoids in the plant are Schedule I. Not only is Δ-9 tetrahydrocannabinol (THC), but also cannbidiol (CBD), tetrahydrocannabinolic acid (THCA), cannabidiolic acid (CBDA), and other non-intoxicating compounds in the cannabis plant are all schedule l and are deemed to have no medical value and a high risk for abuse. Interestingly, synthetic Δ-9 tetrahydrocannabinol (THC), the same molecule that is in the plant, is classified as Schedule III and has been available since the 1980’s by prescription for the treatment of chemotherapy-induced nausea and vomiting and anorexia associated with HIV/AIDS. It is available for prescription use in the United States, Germany, South Africa, and Australia.

In late 2017, at the World Health Organization convention, the United Nations officially recommended that cannabidiol (CBD) not be scheduled as a drug. As stated by the Expert Committee on Drug Dependence:

Recent evidence from animal and human studies shows that its use could have some therapeutic value for seizures due to epilepsy and related conditions. Current evidence also shows that cannabidiol is not likely to be abused or create dependence as for other cannabinoids [such as Δ-9 tetrahydrocannabinol (THC), for instance]. The ECDD, therefore, concluded that current information does not justify scheduling of cannabidiol and postponed a fuller review of cannabidiol preparations to May 2018, when the committee will undertake a comprehensive review of cannabis and cannabis-related substances.

In states where medical cannabis is legal, it is still illegal at the federal level. After the 1996 California law was passed, the federal government, under both Clinton and Bush, attempted to prosecute doctors for discussing medical cannabis beyond its possible benefits and risks. Doctors could state that a patient might benefit from cannabis therapy, but were not allowed to discuss with the patient what type of cannabis to use or how to use it. They were not able to inform a patient about the whereabouts of a dispensary. All of this information was considered aiding and abetting and the doctors stood to lose their licenses to practice medicine.

The Ninth Circuit Court issued an injunction against the Department of Justice in 2000. which was appealed by the Bush administration. The appellate court, in Conant v. Walters, 309 F.3d 629 (9th Cir 2002), ruled that the government could enforce it’s own laws but could not make a state change it’s laws. One of the judges, Alex Kozinski, went on to say that patients in federally approved studies and programs “provide compelling support for the view that medical marijuana can make the difference between a relatively normal life and a life marred by suffering.” The decision also said that doctors could be prosecuted for actively helping patients acquire illegal drugs but not for giving good-faith medical advice that might enable a patient to acquire marijuana independently.

In 2009, in a memorandum issued by Attorney General Eric Holder, the Obama administration urged federal prosecutors to not prosecute people who distributed cannabis for medical purposes in accordance with state law and in 2013, the Department of Justice updated their medical cannabis policy by stating that they expected the states to create  strong enforcement efforts based on state law and would defer their right to challenge legalization laws, while reserving the right to challenge the states at any time they felt necessary.

It is important to keep in mind that although medical cannabis use may be legal in your state, it is still a federal offense and being a registered patient does not offer any job or housing protection and may impede your ability to purchase or even own a firearm. It is also important to remember that while the list of qualifying conditions may have been accurate at the time this was written, states often add conditions to their list and there may be conditions that a physician can approve case-by-case. Many states have a caveat that allows for physician discretion and states that the physician can recommend for any condition that would be thought to benefit from its use. That often includes conditions like insomnia, anxiety, mood disorder, stress, and depression.

If your condition is not listed specifically, do not be discouraged. If in doubt, contact the state’s medical cannabis program and ask. If they are not able to help you, call or email a recommending provider, briefly describe your condition, and ask if they think you would likely be approved. Again, don’t be discouraged if your specific condition is not listed. There is generally some flexibility.

Patricia Frye is an integrative medicine physician and author of The Medical Marijuana Guide: Cannabis and Your Health. 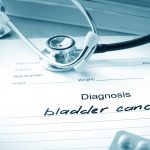 Despite physician burnout, medical schools are still hard to get into. Why is that? 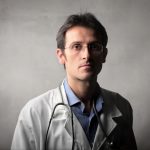