I was sitting in the tea room out the back of the country hospital where I occasionally work as an emergency doctor, and we started to discuss the case of Dr. Hadiza Bawa Garba. Dr. Garba is a pediatric registrar from the UK who has been all over the news after being struck from the medical register for doing almost exactly what any one of us would have done in the circumstances she was placed in. No one is denying it was a tragic death of a very young boy, but attributing blame onto the wrong person will not help anyone, least of all the family and other families with sick children in hospitals.

Doctors are hypercritical. They’re critical of themselves, and each other. We’ve been conditioned to think like this which is unfortunate, but we can justify it by reminding ourselves that literally, people’s lives are at stake, and being overly critical can potentially help with reducing error.

In this case, however, I haven’t heard any doctors be critical of Dr. Garba. We have, rather unusually, presented a united front in which we are all agreed. Rather than the light supposedly have been shone on another example of gross doctor negligence, which is possibly how the GMC would like to frame the situation, the light has actually illuminated something that doctors have known and coped with for years but that which the general public seem to have little awareness of.

Doctors are overworked, hospitals are understaffed, and the expectations of what we are supposed to be doing far exceed our professional and human capabilities. This, to me, seems obvious. One person cannot do the job of four, just as a person cannot interpret pathology results that are not available when a system is down. One person cannot be attending a critical ‘code blue’ situation and performing resuscitation, at the same time as being orientated to a new job or having to review patients on a ward round. Doctors, while having the reputation of being able to perform superhuman tasks, surprisingly do not possess the ability of being able to be in two places at once, or be able to interpret many different serious results with no context in five seconds.

As for the famous self-reflection we are encouraged to participate in since we were first-year medical students, all it seems to have created in this situation is more problems. Dr. Garba has been forced to her sharpen her self-reflective sword and has then been pushed onto it. The court used her own personal introspection to try and send her to prison. For years doctors are told they need to improve, to be better, to consider where they went wrong and how to change things. Self-reflection is extremely important but if it’s going to be used in a courtroom to ruin your career maybe we should reflect in other ways.

The irony is that Dr. Garba was betrayed by the system she has spent years loyally serving, but there’s not a chance she would have reflected on that because the bureaucratic powers that be wouldn’t allow it. We can never say what we really think, which to be totally honest is this.

There are people in hospitals who sit in offices and on panels who control our hours, our pays, our theatre times, our job prospects. There is a nebulous cloud of administration that holds us and everything we do under a microscope, but when it comes down to a patient dying on the ward, in theatre or in the emergency department the first thing they do is try and attribute blame onto individuals. Dr. Garba has been in a situation, I found out while chatting in the tea room, that nearly every doctor in there could relate to. The story is always the same. Not enough staff, not enough time, and a disastrous outcome which the doctor has to then live with for the rest of their lives. One doctor, often junior, becomes a scapegoat for a system that is rotten from the inside. None of these examples are of gross individual negligence, but rather the result of a system which as a whole is grossly negligent. Negligent in regards to the patient, but also towards the doctor trapped inside it.

We discuss performance reviews and audits of theater time. We loathe to call in sick because we know we are leaving our colleagues without support because a lot of hospitals refuse to pay locums to cover empty shifts; rather they expect the doctors to “step up.” We do step up, no one thanks us for our troubles; but if a patient dies or something else goes wrong, it all falls on us. It’s like being told you have to drive your car at 200 kilometers an hour to pass the test and prove you’re a good driver, but when the car inevitably crashes you’re immediately arrested for speeding and negligence. This needs to change, immediately. If it doesn’t, I know what will happen. More patients will die, more doctors will be inappropriately blamed, and nothing will change.

I’ve had enough, and it seems as if my colleagues have as well. If anything good has come from this, it has shown me that recent campaigns and attention paid to the plight of junior doctors has not gone unnoticed inside the profession. Doctors are starting to stand up and speak out. Perhaps instead of private reflection, we need to pursue this group advocacy and open discourse. As we know, behind closed doors anything can happen. We need to throw open the doors and start asking the people at the top of the bureaucratic medical chain how they can improve the system we work in, rather than always asking how we can improve ourselves.

EHRs can advance good medicine: if doctors are aware of the risks 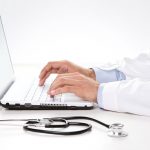 Consider the @KevinMD keynote experience for your event 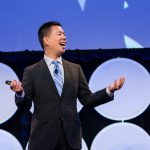 The case of Dr. Hadiza Bawa Garba is a tragedy
4 comments