There has been much publicity recently surrounding the issue of doctor mental health after a spat of doctor suicides, and sadly not a new thing in the history of medical training. I think the crux of this issue is the idea that doctors are somehow above the concept of humanity. We are held to standards above human abilities, yet we bleed the same blood, cry the same tears and feel the same feelings as every other person and are compounded as we think we have to suppress them.

When a heart is removed from the chest of a person who is declared brain dead to prepare for transplantation the surgeon describes the procedure as “exsanguination.” Or in practice “exsanguinating now.” It’s a harsh clinical term for what is at its core a simultaneously dreadful and wonderful thing — but I can’t imagine what other term would be used instead. The last thing anybody wants during such a complex and stressful procedure is sudden and uncontrolled acknowledgement of what is happening on a human level: that a person is physiologically still “cardiac alive” (albeit brain dead) and having their main artery chopped in half. While we know academically that brain death is true death — there is something unsettling about the finality of the act of “exsanguination.” Even as a trained person of science, it causes you to pause for a moment. But it is all for a noble cause — to pass on life to somebody else, a person whose life would likely end well before their time. The march of time for people with chronic and progressing illness is unstoppable, and often the only thing that can save them is the gift of a new organ.

When my friend, also a doctor, described watching the “exsanguination” take place we were both struck by the term used. He had no idea at the time what it meant until it was happening in front of him and he was suddenly covered in blood.

“Exsanguinating now” means, in medical terms, to literally drain a body of blood, but if you think about it later, away from the operating theatre as my friend did — it takes on an entirely different meaning on a much more existential level.

Exsanguination of one heart leads to a celebration for another — yet it is the same heart, beating inside a different body, and providing oxygen to a different mind.

All of these unsettling thoughts, much of their basis existing on a realm of human consciousness that we prefer not to access, are represented at the crux of the vital moment by two words — “exsanguinating now.”

Words can be powerful tools to express events, but these two words seem sterile, almost cold. The playwright Patrick Marber wrote “Have you ever seen a human heart? It looks like a fist wrapped in blood.”

To my friend at the time and to me when he relayed this memory they seemed to represent much more than just a surgical procedure, the heart much more than an object of almost inanimate qualities. I remember him telling me when he realized what it all meant. He felt odd and wanted to shout, “Stop! and looked around almost wondering if perhaps the operation would wait, just for a moment, to observe the enormity of what was taking place. A minute’s silence to respect the dead, to give hope to the living and to acknowledge the ability of modern medicine that any of it was even possible at all.

Of course this couldn’t happen, as they had to get on with retrieving the heart as quickly as possible inside the small window they had. And so the patient was exsanguinated, and the day ended without incident.

Dehumanization is undeniably an essential part of practicing successful medicine, particularly inside places like the operating theater. No one likes to dehumanize their patients, but when faced with such philosophically challenging scenarios it’s more than understandable. This doesn’t mean it’s something we shouldn’t think about or feel completely comfortable with.

The discomfort I felt when my friend was talking about what he had witnessed and his own instinctive response — that he should stop and observe the absolute humanity of the patient who was dead but who was still a patient, and a person — should be a relief to us as doctors because it reminds us that we are humans, too. We are trained so much of the time to suppress our natural reactions (should they impact adversely on patient care) that it is reassuring to realize they remain as some kind of true north when we find ourselves in situations when our compass is spinning wildly.

For centuries, philosophers and physicians have waxed lyrical about the art of medicine. But it is worth remembering that art is made by humans, and the beauty of art lies inside its imperfections. Van Gogh painted skulls at the end of his life, now famed works that were completed whilst he was most likely suffering tertiary syphilis. This stage often invades bone, spreading to the skull, and artistic scholars have surmised whether it was the ongoing ache in his head (formerly his loins) that had led to this series of paintings. Medicine as art — indeed, and so wonderfully and tragically human.

None of us are machines whether artist or doctor.

It is not clinically indicated to want to cry when I think about some of things I have seen and the suffering I have witnessed. It won’t cure the patients, and it will add minutes I don’t have on days that are already too short. Even in a less dramatic moment than a cardiac retrieval, doctors do not have the seconds to spare. In family medicine where I currently work — the young woman who cannot see her baby because of a drug addiction she is fighting to overcome will not benefit from my tears, just as the body of the exsanguinated man will not be any warmer because of any thoughts we have spared him.

Yet, there are good reasons for us to remember our humanity as doctors.

Sometimes patient care does not involve a cure and all that can be done is the acknowledgement of the fact we have tried and to be there regardless. The ancient act of “laying on of hands” is powerful beyond our medical understanding, but perhaps it makes perfect sense. It is well acknowledged that doctors who make mistakes are much less likely to suffer litigation if they treated their patients like people rather than an error they want to escape from. Debriefing is important and something that should be learned in medical school and practiced well into years of training and beyond. 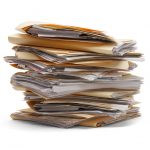 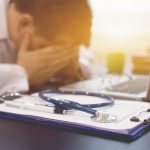