There was an interesting piece published in the Style section of the New York Times this weekend; I was tipped to it by Bryan Vartabedian. If you’re a health care geek, that section may not be on your “must read” list (I know it isn’t; will explain below), so let me bring you up to speed. On July 29th, Katie Rosman published a piece entitled, “A Doctor Gives Gwyneth Paltrow’s Goop a Pelvic Exam” in the NYT Style section.

While one hopes that the article’s placement in the Style section will be helpful in reaching goop’s audience with some good science, I wonder whether it didn’t underestimate Dr. Gunter’s ability to effect meaningful change.  For example, when comparing Dr. Gunter’s audience to Ms. Paltrow’s, Rosman says, “Comparatively, Dr. Gunter’s blog is small potatoes. It is hard to navigate and antiquated in design, and failing to meet comScore’s threshold of about 50,000 unique visitors a month, its web traffic is too meager to be measured.”

Yet perhaps Ms. Paltrow and the goop medical team are right to be concerned. While it’s true that the average citizen is more likely to be aware of Ms. Paltrow than Dr. Gunter, I don’t think that has much to do with the UX or monthly page view statistics for either web site. Nor does a slick UX and a large audience speak to the strength of the health science expounded on either property. All that goes without saying. What’s interesting, though, is that Dr. Gunter is far more influential than she may seem at first blush. The audience that matters — people and organizations who know something about health care, and who tend to influence the opinion of the general public on health care, know this already. My friend and godfather of the ePatient movement, Dave de Bronkart, had this to say about Ms. Rosman’s article:

If you read Jen’s writing about Goop, it’s all about the science, and the lack of brains behind the Goop parade; one of the scientists who defends Goop declares that she trained at and was certified an institute that she herself created — not unlike the way Rand Paul was “board certified” by a board he himself created.

Mr. de Bronkart is not alone. The over 750,000 people and organizations indexed in the MDigitalLife Online Health Ecosystem database have a lot of respect for Dr. Gunter and her opinions. As a point of comparison, I looked at the number of links from the health ecosystem to Ms. Gunter’s blog compared to those of the NYT Style section. Over the last three years, since July of 2014, they’ve linked to Dr. Gunter’s humble blog more than twice as much as they have to the NYT Style section (2,793 times to 1,258). And they’ve mentioned her 25 times as much (52,535 times to 2,325).

You may argue that it’s not really fair to compare the Style section of a newspaper (even when it’s arguably the world’s leading media property) to a real, flesh-and-blood doctor, and you’d have a point. Let’s try a different statistic: U.S. physicians have mentioned Dr. Gunter twice as often as they have @katierosman,  @NYTStyles,  @NYTHealth, @goop [email protected] COMBINED during that same 3-year period. To put that in perspective, this fearsome 5 have nearly 5 million aggregate twitter followers, yet the people who may matter MOST in terms of health policy (and certainly the SCIENCE behind it) have cared more about what Dr. Gunter has to say over the past three years than all of them combined.

If you still doubt Dr. Gunter’s relevance and influence — or perhaps you’re dismissive of what happens on a social media platform like Twitter — let me remind you that Dr. Gunter successfully took on of one of the largest newspapers in the world — the Toronto Star —  in 2015. You can read the details in the linked piece, but I can summarize it quickly here:

This is yet another great example of a physician — a scientist — who has invested her time and talent in creating a platform for scientifically oriented knowledge sharing, and in building an incredibly strong network online among the health care ecosystem. When it comes to health and good science, you ignore online physicians like Dr. Gunter at your peril.

Greg Matthews is head, healthcare analytics innovation at W2O Group and creator, MDigitalLife. This article was originally posted in the MDigitalLife blog.  He can be reached on Twitter @chimoose.

It's important for physicians to have relationships with patients' families 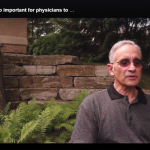 Stop piling on physicians: The last straw in burnout 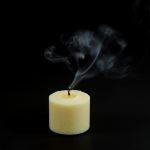