Recently, the Los Angeles Times broke a story that Dr. Puliafito, former Dean of the Keck School of Medicine of USC, had been abusing drugs and keeping company with a group of younger individuals who engaged in drug use and illicit activity.  Much of this activity occurred while he was dean, and it is a shocking story: A 66 year-old titan of the field of ophthalmology, renowned for inventing a device that revolutionized the field and forging both the 1st and 2nd ranked programs in the country (University of Miami’s Bascom-Palmer and previously USC’s Doheny before its split) found partying with a prostitute and her friends while taking methamphetamine and other drugs.

I should mention here that I received my MD from USC, and that Dean Puliafito stepped down in the second half of my final year, which we now know was 3 weeks after his companion overdosed in a hotel room in Pasadena and soon after a phone call regarding this incident was apparently made to the USC Provost’s office.  During my time there, Dean Puliafito would come to our medical-school sponsored USC football tailgates and occasionally play beer pong with medical students — which seemed a bit unusual — but hey, it was California.  Though rumors that Dean Puliafito had a problem with alcohol circulated, no one I knew in the student body suspected the extent of his addictions or activities.  The circumstances of him stepping down were a bit mysterious to us; rumors swirled that he crashed a car under the influence of alcohol.  But no hint of what happened was generally known.

While the Times’ investigation sheds some light on the circumstances, it is actually needlessly gratuitous and incomplete.  Dr. Puliafito had already stepped down as dean for over a year.  He apparently had no direct oversight role over any clinical activities; not the brand new Roski Eye Institute which he created out of the ashes of the USC-Doheny split, nor positions at any hospitals.  It is worth noting here that both President Nikias and Dean Varma report that they never knew about the drug abuse, though per the Times it was a willful ignorance.  Yes, USC kept Dr. Puliafito on in an administrative role, but he no longer had any control over the school or it’s clinical activities; he kept doing what he clearly did best: fundraising and recruiting.

So, why the Times’ public shaming of USC and Dr. Puliafito?  Is it the position of the Times that no one who abuses drugs be allowed to work at any prestigious job?  Considering that the Times supports both supervised injection sites and the legalization of marijuana, and is the newspaper most closely affiliated with Hollywood, probably not.

There is thus only one question that matters and that might justify the Times’ crusade: Did USC’s leadership allow Dean Puliafito to see patients, even though they decided he was no longer fit to be Dean?  The Times only devotes a single sentence to this issue in its voluminous coverage: “After he stepped down as dean, USC kept Puliafito on the medical school faculty, and he continues to accept new patients at campus eye clinics, according to Keck’s website.”

Every hospital I have worked at can barely keep its electronic medical record system functioning, let alone ensure that every aspect of a website is updated.  While I didn’t rotate through ophthalmology during my time at USC, it was my understanding that Dr. Puliafito didn’t operate too much or see that many patients since he became dean to begin with (which is common for many doctors assuming administrative roles). He had focused more on research and administration.  It is very possible that USC had already quietly come to an agreement with Dr. Pulifito to stop practicing entirely or practice under supervision.

The Times could have easily verified not only whether he was still clinically practicing but also whether he was allowed to practice unsupervised.  (Doctors who are impaired by addiction or elderly and frail will sometimes still see patients, but only in the presence of a second fully credentialed specialist or senior fellow who monitors the care they provide.)  All the Times had to do was try to make an appointment, and they apparently had more than year to do so.  To verify the clinical supervision question, they could have found a volunteer with an actual disease of the retina and had them go to an appointment.  If Dr. Puliafito was the only physician they saw, then yes, full steam ahead on publishing, and shame USC for putting reputation and fundraising ahead of protecting patients.  But if the answer is no, and there was no evidence that Dr. Puliafito was seeing patients or operating, then why the massive, public crucifixion?

To be clear, if Dr. Puliafito was still seeing patients while someone at USC knew he was impaired by drug and/or alcohol addiction, someone’s head needs to roll.  Patients are in a very vulnerable position and can not be expected to protect themselves from an impaired physician.  The new dean, Dr. Varma, stated that he knew only that Dr. Puliafito had sought treatment for alcoholism in the past after he had become drunk at off-campus university events.  If President Nikias and Provost Quick knew about these allegations of active drug abuse and didn’t inform the leadership of USC’s hospital and medical school, one or both of those men need to be let go.  On the other hand, if Dean Varma and the leadership of the hospital knew about these allegations and allowed him to see patients, that is also inexcusable.

But these are pretty big ifs, and it is not at all clear to me that Dr. Puliafito was still seeing patients.  The Times may have struck a blow exposing a university’s failure to protect its patients.  Or it may have engaged in a tabloid-esque smear against a man who needs treatment for the disease of drug addiction.  I don’t know.  The point is, neither does the Times, despite the fact that they could have easily verified whether or not Dr. Puliafito was actually clinically active with a phone call to the appointment center — and fairly easily done the same regarding clinical supervision by actually going to an appointment.

Yes, it should be noted that Dr. Puliafito likely benefited immensely from his social position, and his skin color.  Instead of being arrested in the hotel room where drug paraphernalia and an overdise victim was found, the officer on scene didn’t even write a required report for three months.  But as a result of the Times’ crusade, the officer in question was disciplined — which means that police officers in Pasadena will likely start being more aggressive about drug enforcement, an aggression that will almost certainly fall hardest against young black and Hispanic men, likely the exact opposite result of what the Times intended with its coverage.

Finally, since I am criticizing journalism, I should mention that I am hardly unbiased.  I am a proud graduate of USC’s medical school, and started wearing my USC scrub cap this month after I finished my intern year.  Needless to say, I promptly stopped after the humiliating revelations came out.  It is unfortunate: I am convinced USC has some of if not the best clinical training in the country, courtesy of LA County.  I graduated medical school having put in multiple central lines, intubated, performed multiple paracentesis and lumbar punctures, did months of 30-hour call shifts on various surgical services, and took on critical responsibilities for crashing patients.  I had the privilege of being trained by hundreds of amazingly skilled and dedicated clinicians, who truly cared about my education.  This is in stark comparison to many medical students these days describe who describe their clinical years as mostly glorified shadowing.  It was an honor to provide care to California’s poorest and most underserved patients, and learn invaluable things in the process of doing so.

But ultimately, the damage to USC’s reputation is entirely deserved, if Dr. Puliafito was still seeing patients.  But regardless of whether or not he still was, the Times’ launching of their crusade without verifying the most crucial detail of the entire story -whether patients were knowingly put at risk- is not justifiable.  And if he wasn’t, then the Times has just needlessly destroyed a man’s life for no public benefit. 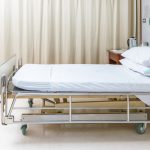 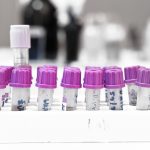 Does the public shaming of Carmen Puliafito go too far?
4 comments