In Sweden, back when I trained, three blood tests were the “routine labs” done at most doctor visits: hemoglobin, white blood cell count, and erythrocyte sedimentation rate. I’m trying to remember, but I don’t think everyone waited an hour to see the doctor, so they must have used a modified rapid sedimentation rate.

The “sed rate,” or “sänkan” as we call it, was invented by Robin Fåhraeus, a relative of one of my High School teachers. Fåhraeus described the phenomenon in his doctoral dissertation in 1921 and was a professor of anatomy and pathology at Uppsala University around the time I was born. He was nominated for the Nobel prize several times but was never awarded it. He collaborated with another Swede, Alf Westergren, on perfecting the technology. Blood in a vertical tube will separate into liquid on top and clumped together red blood cells on the bottom. The height of the fluid pillar after one hour is the “sedimentation rate.”

In Sweden, we were often faced with what to do when the sedimentation rate was abnormally high. In addition to the usual causes like infection, autoimmune disorders, and multiple myeloma, it was drilled into my head to look for kidney cancer.

I’ve never heard any of my American colleagues talk about that, although there are several articles about the connection if you Google it.

A few weeks ago I saw a man who wasn’t feeling well. I ordered some lab tests, including a sed rate. It came back at 100 mm, five times the normal limit. I ordered a CT of his abdomen to look for kidney cancer. Before he ever got the test, he ended up in the emergency room with pneumonia. That could have explained the abnormal lab result. Because of the severity of his pneumonia, the hospital did a chest CT on him, so when he got the call about his appoint for the abdominal CT I had ordered, he told them he didn’t need it because he already had one. He thought one CT covered everything.

At his followup appointment, he was back to feeling nonspecifically unwell, and his sed rate was now 118. I asked him to please reschedule his abdominal CT.

Today I got the result, a “Code Yellow, Unexpected Finding” fax in my office chair.

He has a one-inch tumor in his right kidney, highly suspicious for cancer. 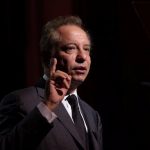 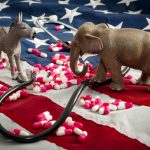